11 Fishers Rescued As Trawler Capsizes in Bay of Bengal 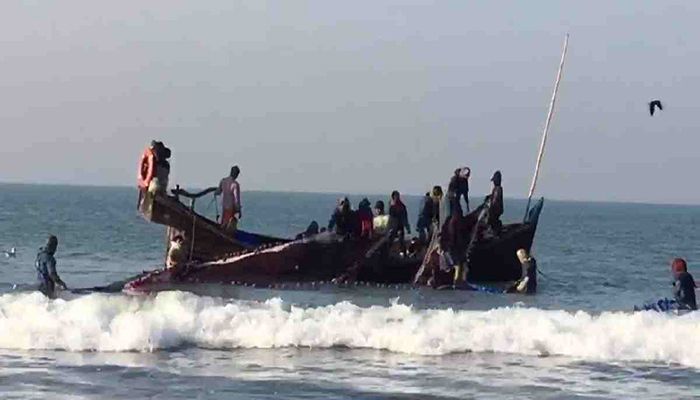 ﻿Eleven fishers on board a fishing trawler were rescued after their vessel capsized in the Bay of Bengal off Narikalbaria Char in the Sunderbans on Tuesday, reports UNB.

Though the 'FB Maaer Doa' trawler overturned due to high tides, all the fishermen onboard were rescued by nearby boats, said Ansar Uddin Mollah, president of the Alipore-Kuakata Fish Traders and Trawler Owners' Association in Patuakhali.

Al Amin, the owner of the ill-fated trawler, said the accident occurred when the fishermen were returning to the coast after a hectic day.

"The sea suddenly became rough and the trawler sank. All the 11 fishermen on board were rescued by three other trawlers that were part of the fishing trip," he added.