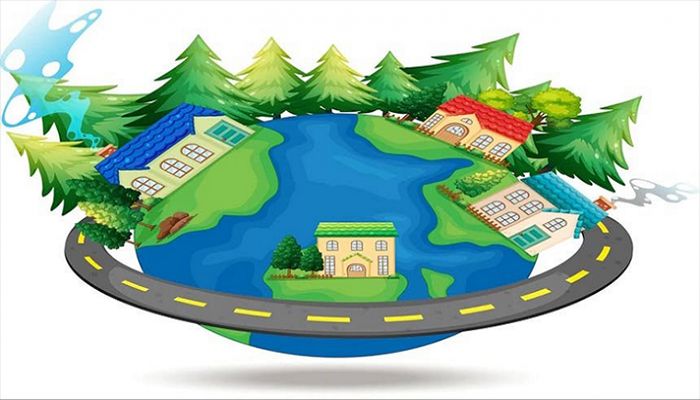 ﻿The World Habitat Day-2021 is being observed Monday in the country as elsewhere in the world in a bid to raise awareness among people about safe and habitable residence for all, reports BSS.

The United Nations designated the first Monday of October of every year as the World Habitat Day to reflect on the state of towns and cities, and on the basic right of all to adequate shelter.

The Day is also intended to reminding the world that we all have the power and the responsibility to shape the future of our cities and towns.

The theme of the day this year is 'Accelerating urban action for a carbon-free world'.

In his message, Hamid said Father of the Nation Bangabandhu Sheikh Mujibur Rahman had taken various initiatives to ensure planned urbanisation and ensure healthy accommodation for all.

He said following his plans, the Awami League government has given importance to construct high-rise buildings under private and public projects keeping adequate greenery aiming to minimise carbon footprint.

Besides, the President said, steps are being taken to produce environment-friendly construction materials and their use through various researches.

Hasina, in her message, said as a result of carbon emissions around the world, different countries of the globe including Bangladesh will be severely affected due to adverse impacts of global warming.

"So, in the context of climate change, I think the theme of this year has significance. In addition to planned urbanisation to tackle global climate change, it is important to reduce emissions of greenhouse gases," she said.