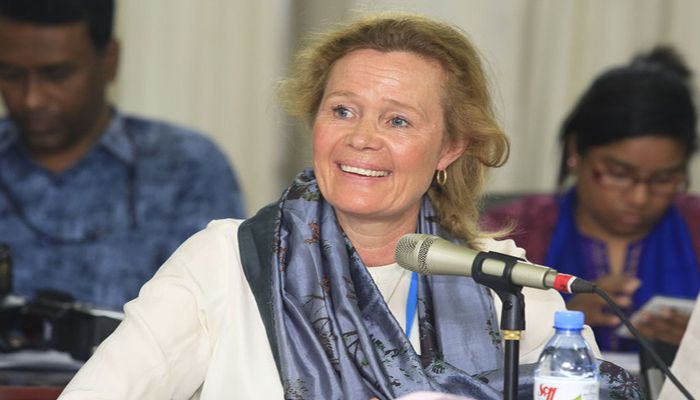 Dr Asa, a Swedish citizen, said this during a farewell call on Planning Minister MA Mannan at the latter's office today, reports BSS.

She has discharged her duty as UNFPA country representative for the last four and a half years.

Briefing reporters after the meeting, the Planning Minister said the UNFPA Country Representative had noted that although Bangladesh has almost twenty times higher population than Sweden, but the number of deaths from the pandemic is same, which indicates the sound COVID-19 management of the country.

Dr Asa said the people of Bangladesh have responded well to vaccination although many citizens of several countries around the world, including the US, refused to take the vaccines.

She opined that Bangladesh has got back to its pre pandemic situation overcoming the losses. "The standstill which was seen six months back is not evident now while dynamism has been infused in economic activities in full-scale," Mannan said quoting the UNFPA Representative as saying.

Dr Asa also assured the Planning Minister that the operations of UNFPA would increase in Bangladesh in the coming days.

Responding to slight concern expressed by the UNFPA representative over the prevalence of child marriage, Mannan had informed her that the government has been making strong efforts to curb child marriage.

"Hopefully the incidents of such marriages would come down in the coming days," he added.