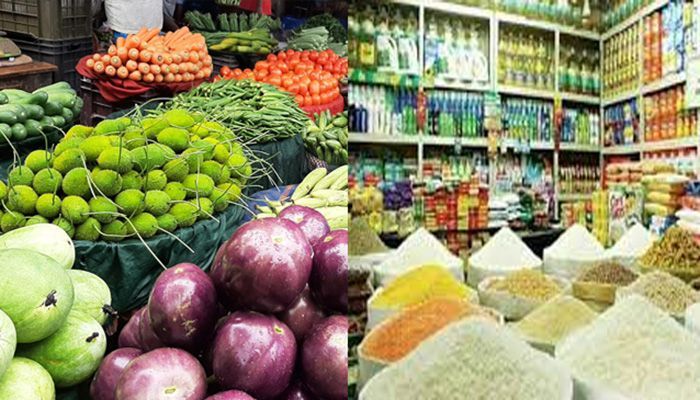 ﻿The recent price hike of essentials in Bangladesh, particularly in the capital, has dealt a double blow to the poor and the middle-income group of people already hit hard by unemployment and salary cuts due to the Covid-19 pandemic. The prices of rice, pulses, soybean oil, flour, sugar, curry, fish and meat are increasing day by day. The middle class, the poor, the working and the helpless are suffering because of the rising prices of these necessities.

According to the Trading Corporation of Bangladesh (TCB), prices of essential commodities have risen by about 19.64 per cent in a month, the highest ever in a month. Last month, the price of broiler chicken was Tk 135 to Tk 145 per kg, but in less than a month, the price has gone up by around Tk 40-45 per kg. At present these chickens are being sold at Tk 165 to Tk 180.

Mohabbat Hossain, who works in a private company, said his child prefers to eat chicken rather than fish. He is terrified of the rising price of chicken. He also lamented that it was not possible for a person working in a private company with such a low salary to buy any meat other than chicken.

Turning to Karwan Bazar, Hatirpul, Palashi, Newmarket Raw Bazaar in the capital, there was a mixed reaction among buyers and retailers.

Vendors say early winter vegetables are coming in the market. So the price is a little higher. However, once the winter begins, the vegetable price will fall again. Then the price of vegetables will be within the reach of the common buyers. Although there is discomfort in the price of meat, the sellers are not saying anything in this regard.

Working people are the most vulnerable to rising commodity prices. Again, low-income people are struggling to make ends meet. There are many people in this city who earn 10 thousand taka(s) monthly. The story of their daily life is very sad. The income of the lower middle class has also declined, But the level of expenditure has increased. They have to be frustrated to run the family by borrowing money to handle this cost. As a result, it has become difficult for them to maintain the cost for their family.

Economist Dr. Asaduzzaman, a former research director at the Bangladesh Institute of Development Studies (BIDS), said they have ties to policymakers somewhere. That is the relation of transaction. Otherwise, it can't happen. No one is controlling them. If you benefit from it, how do you control it?

Rice and flour are sold in the open market by the government. Besides, oil, sugar, pulses, and onions are sold at the initiative of TCB. The line fell in front of TCB's truck and OMS shop as it was available at a lower price than the market. In different parts of the capital, middle-class to lower class people are seen standing in line to buy rice and flour from open market trucks. They stand in line for a long time even in the scorching sun to buy 5 kg of rice and 3 kg of flour. These middle-class people are being forced to stand in line in the hope that some money will be saved.

One person who came to buy TCB products said it was insulting to me, But I have no other choice. Her family members have halved food since the price of food went up. Absolutely stopped eating meat.

The sellers said that in the past, low-income people used to come to Truck-sell to buy daily necessities at low prices; Especially day laborers, rickshaw pullers, motorists or domestic workers. But now the middle class is flocking to buy goods on that line, which is also an additional pressure for them. We usually sell to low-income people. Now the picture is different. Many are crowding because it is less than the general market. Earlier it would have been an evening to finish the sale of our goods. Now it's all over in a couple of hours. Many are going back without getting it as our allocation is much less than the demand.