5 Cops Injured during Clash with Protesters in Dhaka 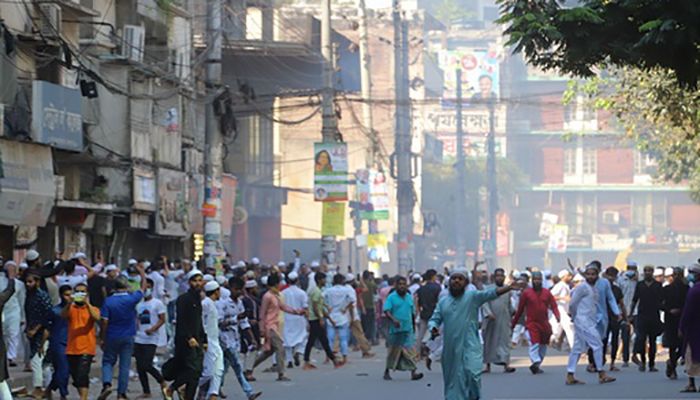 Additional police and members of Rapid Action Battalion (RAB) have been deployed to avoid any untoward situation in Dhaka || Photo; Collected

﻿During a clash with a group of protesters in the capital's Kakrail intersection today, five police officers were injured.

According to witnesses, the protesters arrived at the intersection in a procession after Jummah prayer from Baitul Mukarram National Mosque.

As a result of being obstructed, the protesters hurled brick chips at law enforcement officers.

Mohammad Bayezidur Rahman, assistant commissioner Ramna Zone, confirmed the incident, saying that he and four other officials were injured in the clash. 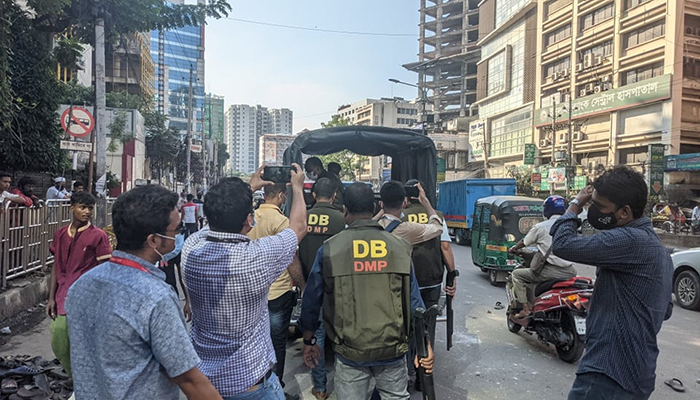 The situation, however, is now under control, according to the source, who also stated that "five demonstrators were detained on the spot."

To avert any unforeseen situations, more police and members of the Rapid Action Battalion (RAB) have been deployed.

The reported desecration of the Holy Quran in Cumilla two days ago sparked a tense situation across the country.