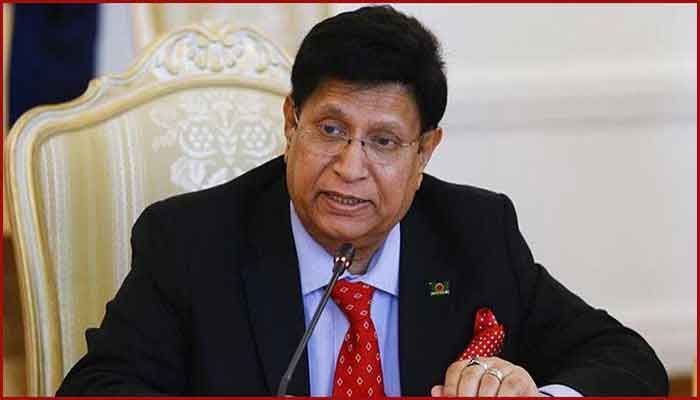 He said by leasing land in the African countries, employment opportunities may be created for a very large number of Bangladeshi workers and farmers, reports BSS.

The foreign minister also suggested that training exchange programmes on agriculture may be made with the African countries to acquaint them with our advancements made in the field of agriculture.

Dr Momen made the remark while co-presiding with Agriculture Minister Dr Abdur Razzak an Inter-ministerial meeting on “Leasing of Land in African Countries for Contract Farming by Bangladesh", organised by the foreign ministry at foreign service academy this afternoon, a press release said.
Razzak said training contract farming could be a viable source of creation of employment abroad for Bangladesh as it has large population.

He mentioned that Bangladeshi farmers could be employed in the African countries for the purpose of import and commercialization of the products that they would produce in the countries.

He underlined the importance of identifying suitable countries in Africa in this regard.

The inter-ministerial meeting was attended by representatives from Ministry of Expatriates' Welfare and Overseas Employment, Ministry of Agriculture, Armed Forces Division, BIDA and Bangladesh Bank on opportunities of contract farming in Africa in the recent time.

At the meeting, the representatives of Agriculture Ministry informed that there is huge potentiality for growing staple foods, fruits, vegetables and cash crops in African countries.