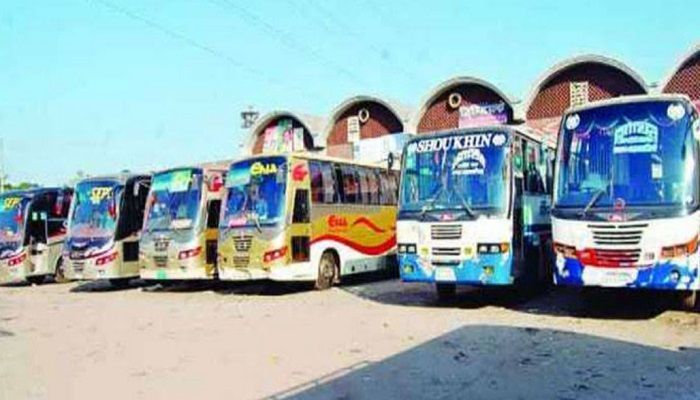 ﻿All types of public transport from Mymensingh division to Dhaka have been declared closed sine die.

As per the earlier decision, the leaders of Mymensingh District Motor Owners Association and The Chamber of Commerce and Industry made the announcement.

All types of transport from Mymensingh, Netrokona, Jamalpur and Sherpur will be closed from 8 am on Sunday (January 16).

Earlier, at a press conference at Mymensingh Press Club on January 2, the leaders and activists had given an ultimatum to stop all types of public transport from January 16 if the road development work from Salna to Tongi in Gazipur is not expedited.

At the press conference, the leaders claimed that the people of greater Mymensingh have been suffering for a long time due to the negligence of the contractors. He demanded that the road be made passable within the next 15 days. If it is not made accessible within 15 days, all types of transport will be closed sine die from January 16.