Yet to Be Decided Whether Using EVMs in All Seats: CEC 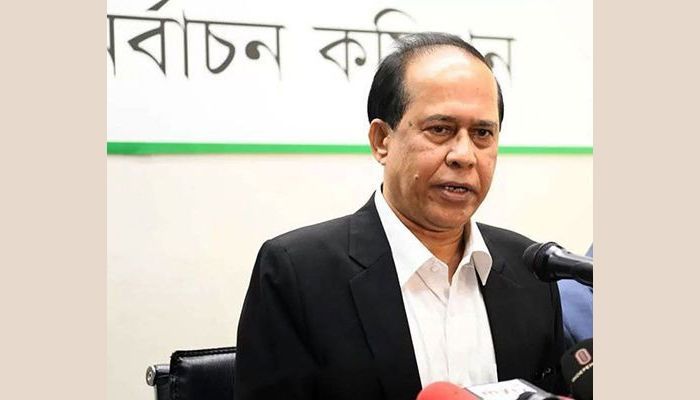 ﻿Chief Election Commissioner (CEC) Kazi Habibul Awal said the views of political parties on electronic voting machines (EVMs) would be taken into consideration. Many can express many desires. We will decide on this.

"Ultimately, we will review and decide on the manner in which the vote will be held," he said. We are independent in this matter.

The CEC was speaking to reporters after inaugurating a workshop on training trainers for data collectors and supervisors at the Election Commission (EC) office on Tuesday (May 10) morning on the occasion of voter list update program.

The CEC said the commission would consider the views of political parties on EVMs. The commission is not under any pressure in the statement given by the government about the election. It is our responsibility to conduct the election.

In response to a question, Habibul Awal said, "We cannot afford to vote in EVMs in all constituencies now. We have not yet decided on the 300 seats. The commission has not yet made a decision on how many seats will be in EVM. It is under review. "

He further added that it was not the job of the commission to bring anyone to the polls. The main responsibility of the commission is to conduct fair and impartial elections. If there is no proper voter list then fair election is not possible. We have to make accurate voter list with patience and honesty.

The CEC said the Election Commission is committed to making all types of elections, including national elections, fair and neutral. The commission has taken all necessary measures to ensure smooth conduct of local elections including Cumilla City.