Murad Injured As Ceiling Fan Falls On His Forehead 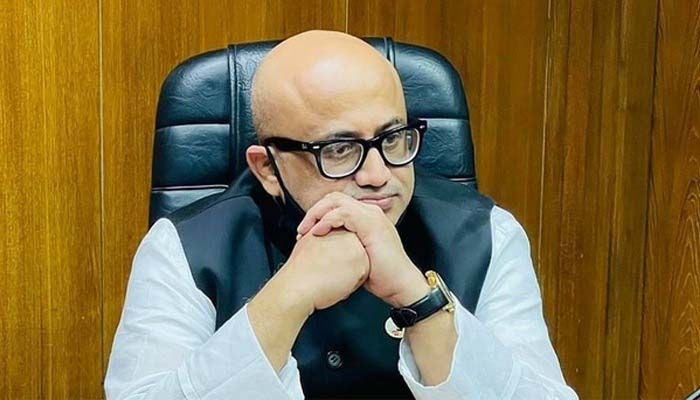 ﻿Former state minister for information and broadcasting Dr Murad Hasan has suffered injuries after a ceiling fan fell on his forehead at his village home at Doulatpur in Awna union under Sarishabari Upazila in Jamalpur district, reports media.

The incident took place on Thursday night when he was talking with his party leaders at his home at village Daulatpur village under the Upazila.

Debashish Rajbangshi, the medical officer (in charge) of the Upazila Health Complex, confirmed the matter.

Local sources said Murad Hasan has long been staying at his village home at Awna in Doulatpur union.

A ceiling fan suddenly fell on Murad's forehead when he was talking with the party leaders and workers at his house's drawing room.  He was injured as his forehead was cut. Immediately, the local upazila health complex was informed about the accident. Then a medical officer arrived from the health complex and gave Murad the primary treatment.

Mentioning that he was given three stitches, the medical officer said that the MP is now out of danger and undergoing treatment at home.