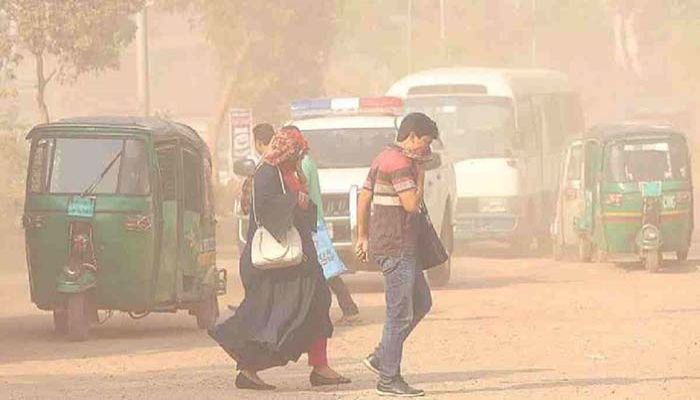 ﻿Dhaka's air quality continued to be in the ‘moderate’ zone on Saturday, mainly owing to rains in different parts of the country, reports UNB.

With an air quality index (AQI) score of 99 at 10.05 am, the city ranked 11th on the list of world cities with the worst air quality.

When the AQI remains between 51 and 100, the air quality is acceptable. However, there may be a risk for some people, particularly those who are unusually sensitive to air pollution.

India’s Delhi, Kuwait’s Kuwait city, and the United Arab Emirates' Dubai occupied the first three spots on the list, with AQI scores of 282, 172, and 161, respectively.

In Bangladesh, the AQI is based on five criteria pollutants -- Particulate Matter (PM10 and PM2.5), NO2, CO, SO2, and Ozone.

A report by the Department of Environment (DoE) and the World Bank in March 2019 pointed out that the three main sources of air pollution in Dhaka "are brick kilns, fumes from vehicles and dust from construction sites".

With the advent of winter, the city’s air quality starts deteriorating sharply due to the massive discharge of pollutant particles from construction work, rundown roads, brick kilns and other sources.