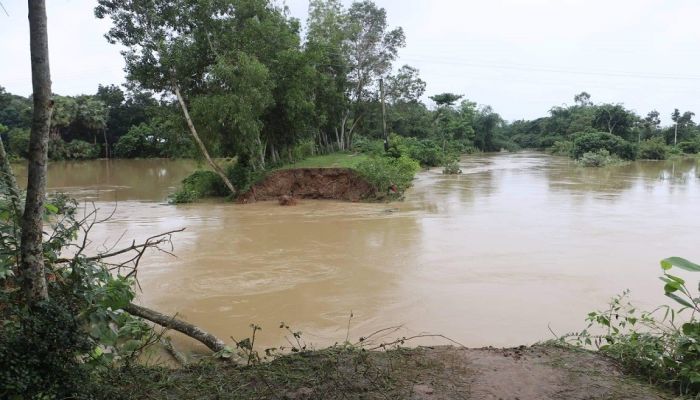 ﻿Some 12 villages in Feni's Fulgazi Upazila have been flooded following the breakdown of a portion of Muhuri river dam due to heavy rains and an onrush of hilly water from India, reports media.

The Muhuri-Kohua River is flowing 69 cm under its danger level today (Tuesday).

Seven schools in the Upazila remained suspended due to the flood, Feni district education officer said.

Affected locals said they do not need any assistance but demanded a permanent solution by river training.

Zahir Uddin, executive engineer of Feni Water Development Board, said the water in the Muhuri-Kahua river was flowing below the danger level. The damage would be estimated after the water receded.

A project has been approved for building an embankment in the breakdown area, he added.