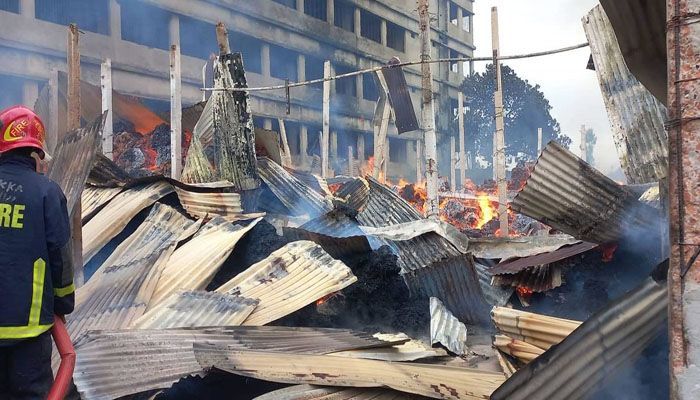 ﻿A fire that broke out in a textile waste godown in Gazipur early on Wednesday morning has been brought under control, officials said.

The blaze started in the godown in the Dewaliabari area of Konabari around 4.45am and was brought under control around 8.15am, said Miraj Islam, an officer at Gazipur DBL Fire Service Station.

"As many as four fire tenders have been pressed into service to douse the flames completely," he said. “Fortunately, no casualties were reported.”

A probe has been ordered to ascertain the exact cause of the fire and the extent of damage, the officer said.