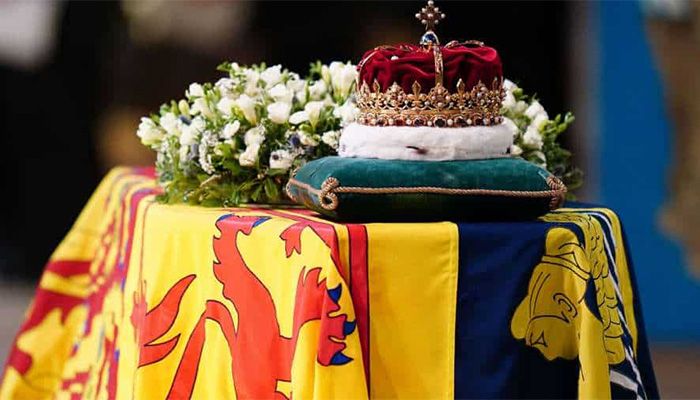 ﻿Prime Minister Sheikh Hasina on Monday joined the funeral of Queen Elizabeth II along with other world leaders at Westminster Abbey.

US President Joe Biden, French President Emmanuel Macron were also among the hundreds of dignitaries who attended the funeral service at Westminster Abbey - the building in which she was married, and crowned the Queen.

The Queen’s coffin, draped in flags and topped by the Imperial State Crown, was drawn to the church on a gun carriage by Royal Navy sailors.

Hasina reached London on September 15 on an official visit to the UK to attend the funeral of Queen Elizabeth II.

Mourners lined the streets around Buckingham Palace in somber mood to watch as the Queen’s coffin was being taken in a procession.

On its final journey the coffin will pass through London and on to Windsor Castle for a second service.