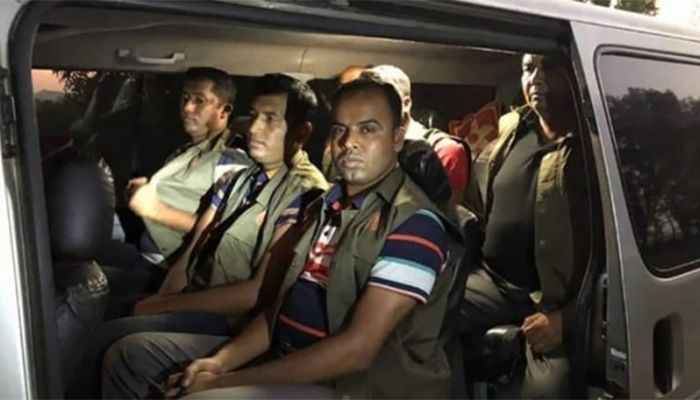 ﻿A Cox’s Bazar court has sentenced seven members of the Detective Branch (DB) of Police to 12 years in jail for kidnapping a businessman and taking Tk 17 lakh as ransom.

At the same time, each of them has been fined Tk2 lakh and additional two-year imprisonment was imposed in default.

According to the case statement, in October of 2017, seven DB men kidnapped blanket trader Abdul Gafur, younger brother of Teknaf municipality mayor Moniruzzaman, from the district town. Then they remanded Tk1 crore in ransom from the businessman's relatives by threatening to kill him in "crossfire". The family agreed to pay Tk. 17 lakhs after debt negotiation. After the money was delivered, Abdul Ghafoor was released at Shamlapur on the Cox's Bazar-Teknaf Marine Drive road the next morning.

Following the incident, Abdul Gafur's family members informed the Army security post of the area. DB police personnel caught the microbus carrying the DB members at one of their check posts. The Tk17 lakh ransom money was recovered from them during the stop and search. At that time, DB Deputy Inspector (SI) Moniruzzaman ran away, but the remaining six people were arrested from the scene by army personnel. They were later suspended from the force._Agencies