We Are a Nation of Heroes, We Always Ready: Home Min 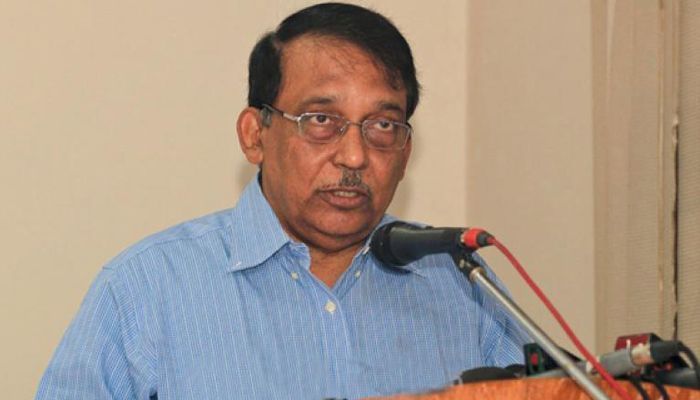 ﻿“We are a nation of heroes. We made the country independent by fighting, we don’t count anyone. Everyone including the army is always ready to deal with any situation,” remarked Home Minister Asaduzzaman Khan Kamal today after a high-level meeting in the context of repeated mortar shelling from Myanmar on the territory of Bangladesh.

The meeting was held in the meeting room of the Ministry of Home Affairs at the Secretariat in the capital on Wednesday. After the meeting, Home Minister told these to the journalists.

Besides the Chiefs of Army, Air Force and Navy, top officials of BGB, Coast Guard and other law enforcement agencies, concerned officials of the Ministry of Foreign Affairs were present at the meeting.

“Our Prime Minister is not in the country. We are seeing a situation where the Myanmar Army is at war with the Arakan Rebels. The ammunition of that war is coming across the border into our country,” said Home Minister.

Stating that there are casualties, he said, “Our people are panicking about what is happening. That is why, we held the meeting today.”

“After the meeting, we have come to the conclusion that our national policy is “friendship with all, not enmity with anyone”. We never encourage war there. We have not had a war-like situation here,” said Home Minister.

He added that Myanmar is involved in an “internal conflict”. There is no hostile treatment of Rohingyas other than forcibly sending them to our country.

Asaduzzaman Khan said that all of us, including the army, are always ready to face any situation. They are still ready.

“We made the country Independent by fighting, so we don’t count anyone. We don’t care about all these issues. We are a nation of heroes, we are always ready,” he said.

“They made many attempts to incite...I mean we don’t know who or what they did. What we see is that they are fighting themselves.”

Home Minister added that what is happening at the border is their internal matter. Bangladesh has no role there.