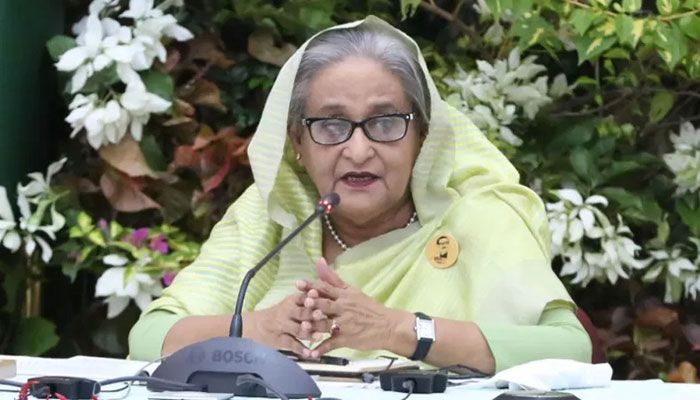 ﻿Prime Minister Sheikh Hasina has called upon the Bangladeshi diaspora to tell the world about various irregularities, corruption and brutality committed during the past rule of the BNP, alongside depicting the true picture of development done by her government, reports UNB.

She made the call on Thursday while exchanging views with expatriate Bangladeshis in Washington DC, the United States, said PM’s Deputy Press Secretary KM Shakhawat Moon.

Sheikh Hasina also asked them to disclose the crimes committed by those who are spreading anti-state propaganda abroad.

She said the country is moving forward for the continuation of the democratic system for a long period.

“Today Bangladesh has attained the status of a developing country. Everyone will have to work together to continue this trend of development,” she was quoted as saying.

The prime minister said the Awami League has ensured a fair environment for the elections in the country. The people now can vote freely, she added.

She said the BNP destroyed the electoral system. They (BNP) made fake voters and snatched away the voting rights of the common people by sending hooligans and terrorist forces to the polling booths, she continued.

Sheikh Hasina said the BNP picked 700 candidates against 300 constituencies in the last national election. So, the people did not vote for them due to their nomination business, she said.

Highlighting various opportunities for investment in the country, she urged the expatriates to make investments in Bangladesh.

Reiterating her firm commitment, the prime minister said not a single person will remain homeless in Bangladesh.

Sheikh Hasina went to the USA on September 19 to attend the 77th session of the United Nations General Assembly in New York.

On way to the US she went to London on September 15 and attended the funeral of Queen Elizabeth II at Westminster Abbey on September 19.

The prime minister is expected to return home on October 4.