"Government's Aim is to Equip Armed Forces with Technology" 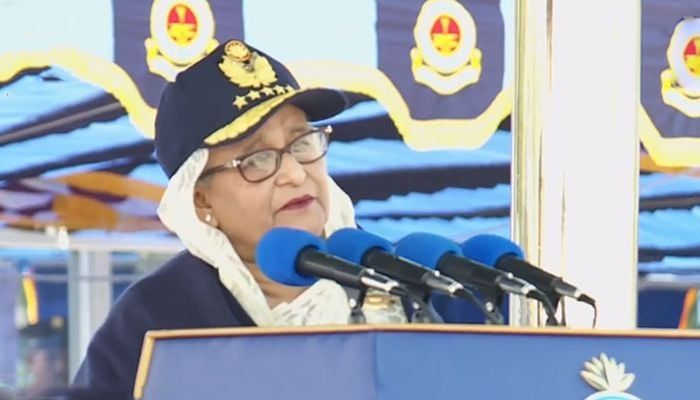 ﻿Prime Minister Sheikh Hasina said that the goal of the government is to equip every armed force with technical knowledge.

The premier said this while attending the Bangladesh Air Force President's Parade-2022 ceremony at the BAF Academy in Jashore on Thursday (November 24).

This annual parade started at Bir Shrestha Matiur Rahman Air Base around 10:30 am. The Prime Minister is staying in Jashore on a one-day visit. Later, Sheikh Hasina will address a public rally organized by the district Awami League at Shams ul Huda Stadium in Jashore at 2 pm.

District Awami League leaders said that today's public rally is expected to gather 1 million people. On this occasion, huge activities have been going on for more than a week. The mood of the festival prevails throughout the city of Jashore. Banners, and posters have been given along the way.