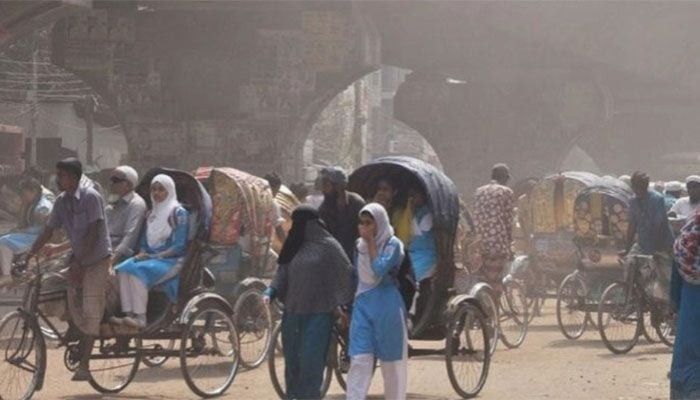 Dhaka's air quality continued to remain in the 'unhealthy' zone on Friday morning.

With an air quality index (AQI) score of 184 at 9 am today, Dhaka ranked fourth again in the list of cities around the world with the worst air quality after Thursday, reports UNB.

Pakistan’s Lahore, India’s Delhi and Pakistan’s Karachi occupied the first three spots in the list, with AQI scores of 353, 217 and 185, respectively.

Read more: Dhaka’s air 4th most polluted in the world this morning

In Bangladesh, the AQI score is based on five kinds of pollutants — particulate matter (PM10 and PM2.5), NO2, CO, SO2 and Ozone.