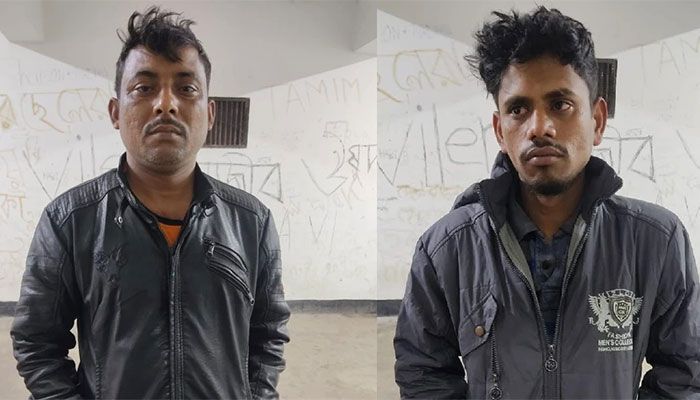 Police have arrested the driver and the helper of the bus that killed a female student of Northern University near Jamuna Future Park in the city on Sunday.

Md Liton, 38, driver of the ‘Victor Paribahan’ bus and son of Kalu Mia of Illasha village of Bhola district, and his helper, Abul Khair, 22, son of Hashem Gharami of the same district, were arrested from the Badda area of the city on Monday morning, reports UNB.

Earlier on Sunday, Nadia, 24, a Pharmacy department 4th-year student of Northern University, died when the bus hit the motorcycle carrying her near Jamuna Future Park in the city.

A case was filed at Vatara police station under Road Transport Act -2018 in this connection on Sunday.