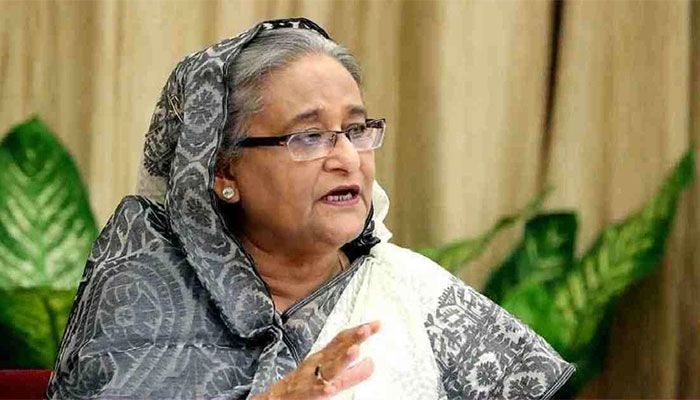 Prime Minister Sheikh Hasina today directed the deputy commissioners (DCs) to make all-out efforts to increase food production, to be frugal with electricity and public funds, to avoid less-important projects in order to deal with the current situation and to be dedicated to building a "Smart Bangladesh" by 2041.

The premier issued a 25-point directive while opening the three-day conference of deputy commissioners (DC) at Shapla Hall of her office here in the city, reports UNB.

"You'll have to make an all-out effort to increase food production. No land should remain unutilized anywhere…. "There are uncultivated lands throughout Bangladesh, if we can make these fit for cultivation, we will have no problem with food production and diversification," she said in her first directive.

Sheikh Hasina said she is now giving utmost importance to agricultural production so that Bangladesh will not be hit hard by the global food crisis.

In her second directive, she said, "You'll have to exercise austerity in using electricity and energy as well as make the common people aware in this regard."

The PM asked the DCs to ensure that the people receive services on time from the government offices and acquire satisfaction from the service-seekers.

This time there will be a total of 26 sessions, including 20 working sessions, with various ministries in the DC Conference 2023 that will end on Thursday (January 26, 2023).

On this occasion, the DCs will meet the President, the Chief Justice and the Speaker and take instructions from them.

In the conference, the DCs will exchange views with the relevant ministries for the implementation of various policies, strategies and instructions of the government.

They come up with various reform proposals based on the challenges they face, the experience they accumulate at the field level while implementing the government's various directives and policies.

A total of 245 proposals have been received from various ministries and deputy commissioners this year, officials said.