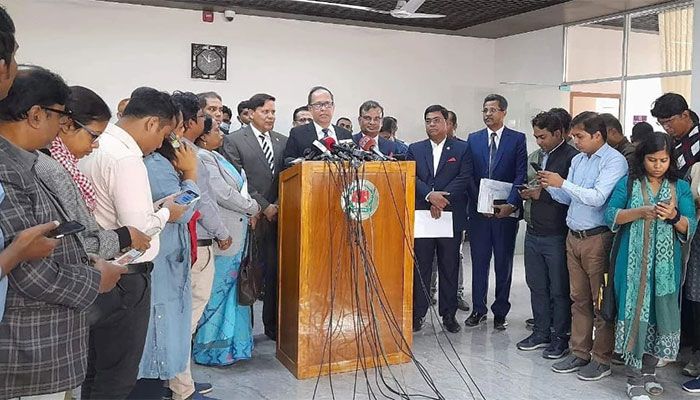 Chief Election Commissioner (CEC) Kazi Habibul Awal came up with the announcement in a press conference held at the election building in Dhaka, reports UNB.

According to the schedule, the presidential election will be held on February 19 as the tenure of incumbent President Abdul Hamid nears an end.

The final date for submitting nomination papers is February 12 and those will be reviewed on February 13, as per the EC.

The commission has set February 14 as the final date for withdrawing nominations.

Voting will be held at Jatiya Sangsad Bhaban from 2 pm to 5 pm on February 19.

Earlier on Tuesday, CEC Kazi Habibul Awal met with Speaker Shirin Sharmin Chowdhury to have a discussion over the polls.

According to the constitution, a new president has to be elected within 90 to 60 days prior to the end of the incumbent president's tenure.

The previous presidential election schedule was announced on January 25, 2018.

Abdul Hamid was elected president unopposed for the second term on February 6 though the election was slated for February 18.

President Abdul Hamid is set to complete his tenure on April 23 this year.