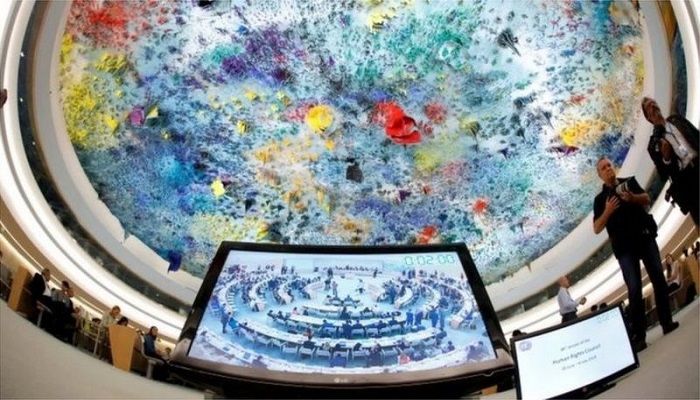 China, Russia and Saudi Arabia are set to be elected to member states of the UN Human Rights Council today. These three countries themselves are accused of being the biggest human rights violators in the world.

Human rights activists say the three countries cannot be members of the Human Rights Council and have called on member states to reconsider today's vote.

Britain and France are also members of the council in today's vote.

Its purpose and goal are to protect the fundamental rights of the people in the member states and various human rights such as freedom of speech, religious freedom, women's rights, etc. It has 47 member states.

But the controversy that erupted over the commissioning of some countries with poor human rights records led to the institution's abolition.

Now, similar allegations have been made against the UN Human Rights Council, with China granting membership to Russia and Saudi Arabia.

The allegations come against the backdrop of widespread persecution of minority Uighur Muslims in China, repression of the opposition in Russia and the assassination of journalist Jamal Khashoggi at the behest of the Saudi royal family.

UN Watch, an organization that monitors the activities of the United Nations, says the task of setting fires is being left in the hands of a firefighter.

Britain's opposition Labor Party has opposed China in particular in the election.

According to the BBC's James Landl, diplomats hope that if the three countries become members of the council, they will be held accountable for the allegations against them.

But there is still a big risk, he says. The risk is that by becoming members, these countries can block any action against them.