What is the growing importance of Bangladesh to the United States regionally? Analysts believe that such indications were seen during US Deputy Secretary of State Stephen E. Beagan's visit to Bangladesh. 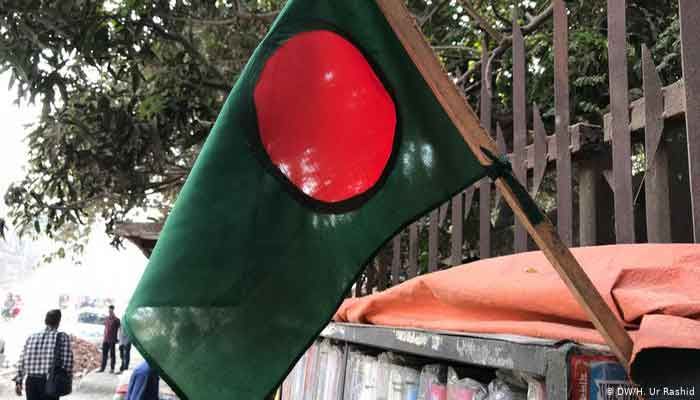 ﻿Is the importance of Bangladesh increasing to the United States regionally? Analysts believe that such indications were seen during US Deputy Secretary of State Stephen E. Beagan's visit to Bangladesh.

During his visit to Bangladesh, Beagan said that the United States wants a lasting solution to the Rohingya problem. He also said that his country will stand by Bangladesh in this issue. He added that Bangladesh will be the center for building the Indo-Pacific region.

In the past, US relations in the region have expanded around India So what is the new situation now that the Trump administration wants to give that importance to Bangladesh?

Dhaka University Professor of International Relations Imtiaz Ahmed thinks that there are several new reasons for the expansion of US relations centered on Bangladesh.

1. The domestic market of Bangladesh is expanding The economy is recovering in Corona too

2. India's bad relations with its neighbors

Moreover, India is facing many problems due to the policy of Modi government Hindutva politics, in particular, has plunged India into an image crisis as well as its economy.

On the other hand, the internal market of Bangladesh is getting bigger, And in this corona, the economy of Bangladesh is in a strong position. Dr. Imtiaz thinks that the hint of growth is going to be hopeful. As a result, Bangladesh is becoming very important for trade and commerce.

However, in general, there is no major change in US policy Therefore, former ambassador Major General (retd) Shahidul Haque sees it as a change of focus rather than a change of policy. According to him, the United States is now giving importance to Bangladesh for economic reasons. He said, “A large middle class consumer group has been formed in Bangladesh. The market is also growing. "

He thinks that the US attitude towards the center of Bangladesh is not clear yet and it will take more time to understand.

On the other hand, Myanmar is getting seven submarines from India. Asked if it signaled a change in India's relationship with Bangladesh and India's position on the Rohingya issue, Professor Imtiaz Ahmed said, "If India wants to push Bangladesh out, it is up to them. But selling submarines to countries where genocide allegations against Myanmar are almost proven is unacceptable. It will be criticized India's position against genocide will be called into question. The question is, did India stand by Bangladesh for its own interests in 1971, or was it against genocide?

However, he thinks that Bangladesh has nothing to worry about because that submarine is an old training submarine.

Both analysts believe that no matter how the United States moves towards Bangladesh, Bangladesh must act with its own interests in mind.