Imo: Reasons Why This Messaging App Is So Popular in Bangladesh 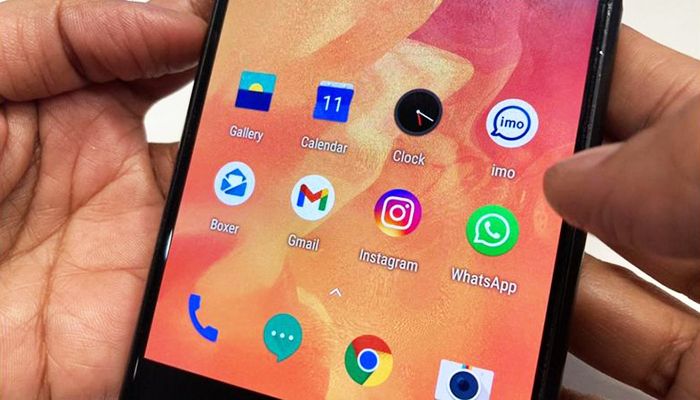 Messaging app Imo said in its annual report that the number of messages sent to Bangladeshis using their app has increased by more than 6 percent compared to 2019.

In a statement to the media, Imo's vice president described the trend among Bangladeshis as "unprecedented".

Who, where are you sending so many messages?

Imo is much more popular with Bangladeshi migrant workers and their family members working in different countries.

Talking to any migrant worker and their relatives, it will be known that they have emo installed on their mobile phone.

He says, "My own brother lives in Malaysia. My half-brother and other relatives live abroad. I have to talk to them in Imo. Because, they always call me in Imo. I use WhatsApp for office work but it seems that others don't have WhatsApp or Viber." "

Rabia Khatun's husband from Mirpur lives in Saudi Arabia. She says, "Often we're asked why we don't use Imo if i don't have Imo installed on my phone. So we also have to download the app. I have tried other apps. But i don't get many numbers as easily as Imo."

Rabia Khatun's husband lives in Saudi Arabia, the country where most international messages and calls are exchanged, according to Imo's annual report.

The largest number of Bangladeshi migrant workers are working in this country.

Oman ranks second among the five countries with the most messages.

Then Malaysia, the United Arab Emirates and Qatar. All the countries are the preferred destination of migrant workers in Bangladesh.

The trend of online use among Bangladeshis has increased a lot in 2020 due to coronavirus infection as direct communication has decreased a lot.

That is why imo is so popular among Bangladeshis

Another reason in his language is that imo is affordable to use the internet.

"imo messages are compressed in the app. This means that the file size is smaller. It uses less internet data than other messaging apps. So for our brothers in the Middle East, using Imo is more affordable than using other apps. But one of the disadvantages is that video or Audio call quality is bad. But not everyone needs professional-quality audio-video. "

Although more than 200 million people use imo in 72 languages ​​in more than 150 countries around the world, there are many complaints about this app.

As soon as the app is installed, one non-stop notification after another comes. Messages come from strangers, they are in imo now, someone has started using imo, all that information can be seen with pictures.

You don't know, messages also come from people who don't have numbers on your phone.

This means that you may not even know that your message is going to others.

Imo can also see posts from friends who are friends on your list.

This is because a kind of communication is established between those you are in contact with and those with whom you communicate in emoji.

For these reasons, many people do not feel safe with imo.

Solaiman Alam says, "These are very easy to control. Like other apps, you can secure yourself by going to IMO settings in just ten to fifteen minutes. You can turn off these notifications, increase privacy."

''Many may not do it, don't know or don't think it is necessary. It depends on the user, "said Solomon Alam.