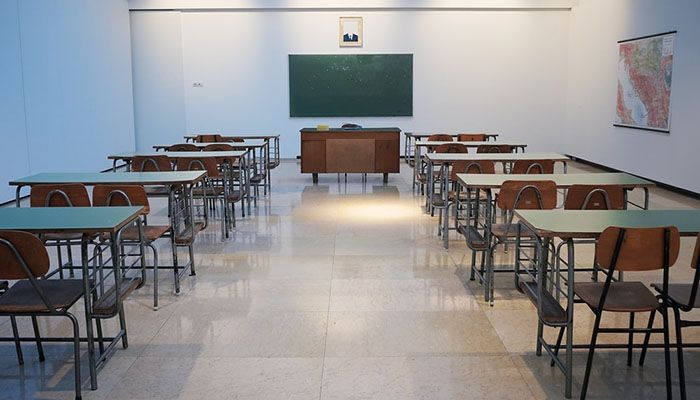 ﻿According to the United Nations Educational, Scientific and Cultural Organization (Unesco) database, Bangladesh's school closure, which began in March last year in the aftermath of the Covid-19 epidemic, is the world's longest.

Bangladesh is one of only 14 countries that has yet to reopen academic institutions, despite the fact that 53 percent of countries opted to restore schools completely in February 2021, even after 61 weeks of full school shutdown.

The term "full closure" refers to a school shutdown that affects the majority or all of the students in grades pre-primary, primary, lower secondary, and upper secondary. 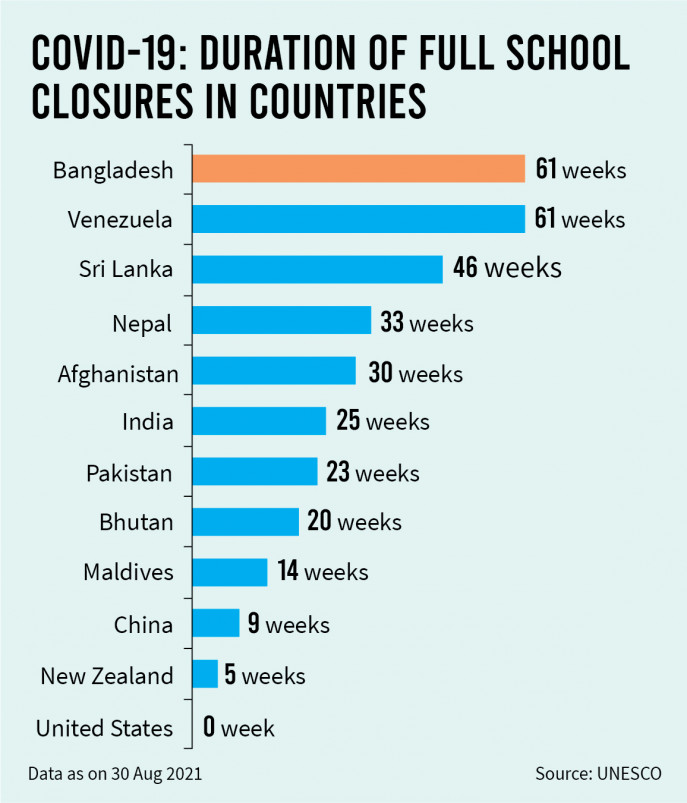 Bangladeshi schools have been closed beginning March 17, 2020, a period of 76 weeks (according to the calendar year) until August 30, 2020. However, according to Unesco, the country has experienced 61 weeks of complete school shutdown, as the UN body uses the number of weeks to indicate the overall amount of time missed by pupils during the pandemic, with a school year lasting 9-11 months depending on the country.

According to the Unesco database, Venezuela has experienced the same amount of weeks of full school shutdown as Bangladesh, with Honduras (59 weeks), Kuwait (57 weeks), Panama (55 weeks), and Mexico following closely behind (53 weeks).

Sri Lanka has the second-longest school closure among South Asian countries, with 46 weeks, and the government has yet to reopen its schools.

During the pandemic, India maintained schools partially open for 44 weeks, with only 25 weeks of complete closure.

This suggests that Bangladeshi pupils are among the few who have suffered larger educational losses than kids in other regions of the world.

Approximately 40 million pupils have been affected thus far, with 17.34 million of them attending primary schools. These children have lost out on the chance to receive effective instruction and interact with their peers, thereby impacting their educational experience.

According to Unesco, the United States was the only developed country that maintained schools partially open during the pandemic, with no weeks of school being completely shuttered.

Brazil experienced only 38 weeks of full closure, while having the highest fatality rate among South American countries. Despite partially reopening educational facilities, the country has maintained a lower trend in the number of new cases since June of this year.

According to the government's recent decision, all primary, secondary, and higher secondary educational institutions in the country will resume on September 12th at the same time across the country.