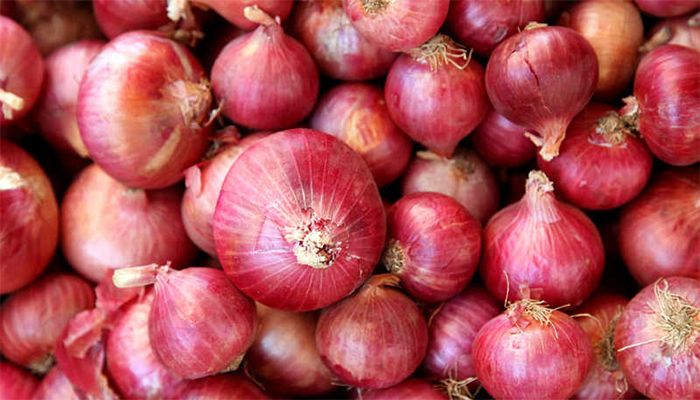 ﻿In the wake of people's sense of skyrocketing onion prices over the last few days, state-run Trading Corporation Bangladesh (TCB) today launched an online onion sales program in the city to enable consumers to purchase onion at Taka 36 per kg.

As part of the Government's decision, TCB launched an online sales program in the context of rising consumer concern due to the rapid price rise of root vegetables over the last few days across the country following the implementation of an onion export ban by the Government of India on 14 September.

"We have launched an online onion sale program with two online stores – Chaldal and Swapna online – to sell onion at Taka 36 per kg and the stores have already taken their items," said Brigadier General Ariful Hasan, TCB Chairman.

Initially, a total of six online shops — Chaldal.com, Swapna Online, Sinadabad.com, Sabjibazar.com, BD Cell and EK — were assigned to run the software. "We have already delivered 1500 kg of onions to each of these two stores for three days of sale," he said.

In addition to online sales, the TCB official said, "We will continue our onion sales program at a subsidized rate of Tk 30 per kg — where TCB began selling on 275 mobile trucks across the country on September 13—until the situation becomes usual."

However, when contacted by the Chaldal.com Customer Care Officer, who initiated an online sale, BSS said that they had started selling TCB-supplied onions this morning, but the stock ran out within a few hours.

Opening the online onion sales drive on a virtual program on Sunday, Commerce Minister Tipu Munshi said, "We decided to link e-commerce organizations to the program as most people could not buy onion line queuing for hours from TCB trucks."

In last few days since the Indian-imposed ban on Sept 14, the price of the essential rose to over Taka 100 per kg at the retail level which triggered widespread discontent among the people.