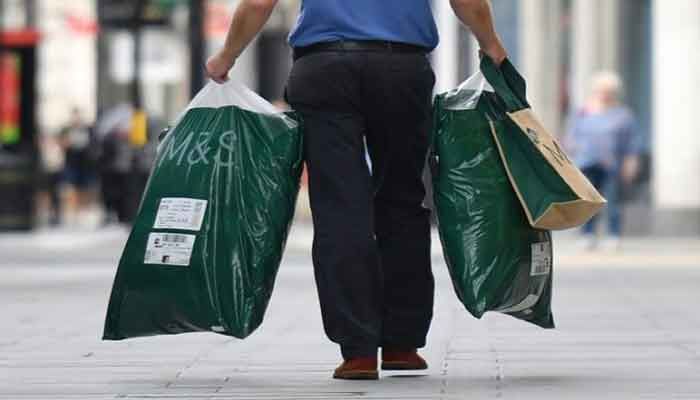 The development, which has already helped spark a shift in freight traffic to Ireland, is part of the trade disruption that has become increasingly evident this year after Britain's Brexit divorce was finalised on 31 December, reports AFP.

Trade has also been severely hindered by the new Covid-19 border restrictions, with the roll-out of tests for lorry drivers as Britain races to curb the deadly virus.

The so-called 'rules of origin' condition applied to all goods crossing the border is at the heart of the bribex agreement, which entered into force on 1 January.

The rules of origin, a key aspect of all major trade deals, can rapidly turn into a costly headache for businesses.

Any good will be subject to a customs levy under the Brexit provision if it arrives from abroad in Britain and is then exported back to the European Union.

For example, if a British clothing retailer imports Chinese-made textiles, it would then have to pay a customs duty if it re-exports the goods to the EU Single Market and Customs Union Member State.

Put simply, the rules therefore determine whether an export is considered British or not.

“It is clear that many UK businesses exporting to the EU are going to be hit by tariffs,” said Michelle Dale, senior manager at the Manchester office of chartered accountants UHY Hacker Young.

“Businesses have also been completely blindsided by the ‘rule of origin’ part of the deal, which leaves them at a major competitive disadvantage when selling in the EU.

“Unfortunately, not enough was done to prepare them for this. It takes years to build an effective supply chain — and using non-EU suppliers is often the best option both in terms of cost and quality.”

The Brexit agreement, which was sealed four and a half years after Britons voted to leave the European Union, grants zero customs duties if at least roughly 50 percent of an exported product is made in the UK.

That applies to the majority of UK exports — but certainly not all of them.

And the provision is all the more important because the EU accounts for more than half of Britain’s trade.

The London-based Institute of Government think tank argues however that the complexity of supply chains means that proof of origin can be difficult for businesses to ascertain — and hard for authorities to assess.

A raft of British retailers are reportedly rushing to assess the impact of critical deliveries to EU nations, including London’s top-end department store Fortnum and Mason.

“We are working with members on short-term options and are seeking dialogue with the (UK) government and the EU on longer-term solutions to mitigate the effects of new tariffs,” he added.

Nissan has welcomed the agreement but has not yet indicated what will happen to the Japanese carmaker’s largest plant in Europe which is based in Sunderland, northeast England. It had previously warned that a no-deal departure would threaten the factory’s future.

Prime Minister Boris Johnson’s Conservative government has yet to comment on the precise impact of the rules of origin on the business community.

“We continue to work closely with businesses to help them to adapt to any new trading requirements,” a government spokesman told AFP.