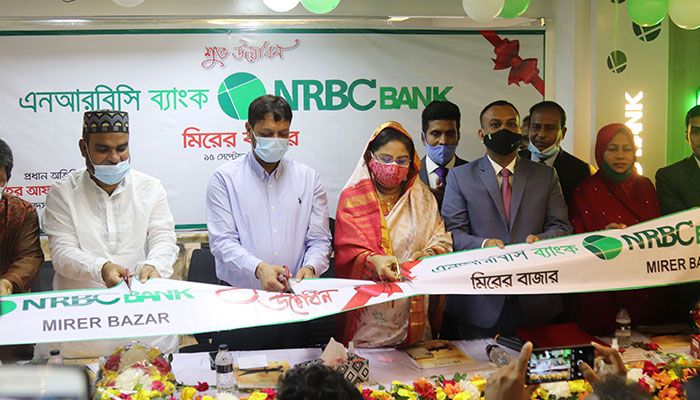 Chief Guest Meher Afroz Chumki said the development of mass people is the main goal of the present government. The banking sector has played a vital role in the development of all indicators. She said, NRBC Bank will ascend to a strong position through transparency, effective services, and the latest technologies.

Board Bazar Branch Manager Md. Mamun Hossain, in Incharge of Mirer Bazar Sub-branch A F M Masudur Rahman and distinguished clients, businessmen, local elites were present on the occasion. During the ceremony, a Munajat was held seeking divine blessings of Almighty for the welfare, progress, and prosperity of the Bank.