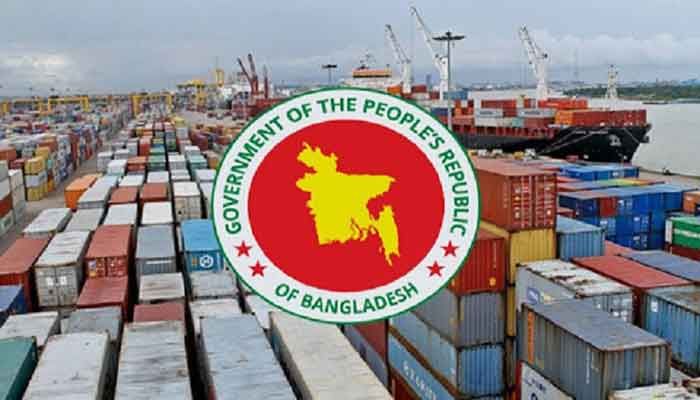 Although imports dropped sharply in the 2019-20 fiscal year, the government aims to turn things around by targeting an average annual import growth of 8% over the next three fiscal years, including the current 2020-21.

The last quarter of the 2019-20 fiscal (April-June) coincided with the onset of the coronavirus pandemic's economic ravages, reports media.

The 'lockdown' and other measures implemented by governments worldwide, including Bangladesh, in response to the virus, had a massive impact on economic activity. Depressed demand, fall in consumption and lower imports all went hand-in-hand.

Imports for the 2019-20 fiscal were preliminarily projected to grow 10%, but later it was fixed at negative 10% due to the COVID-19 pandemic.

It said that the economy has seen a slow trend in import growth since the first half of the last fiscal year. The sources of coronavirus in Wuhan in January and the global lockout also brought further damage to the scenario.

From July to March 2020 the volume of imports was USD 43.58 billion, which is 4.81 per cent lower than the same duration as the previous year.

The growth of overall Letter of Credit or L/Cs opening for July to February 2020 was negative 1.04% while the opening of L/Cs for capital types of machinery was negative 0.57% and for import of raw materials was negative 1.24%.

The document mentioned that from March 26 the country went under 66 days of general holidays resulting in curtailing of most economic activities. From May 2020 the mills and factories were opened on a limited scale.

As per the document, the government for revamping the export sector, which is mainly dependent on imported raw materials and capital types of machinery, had announced a financial stimulus package as a countercyclical measure.

To put the economic activities on track again, the government had announced stimulus packages worth Tk 121,000 crore, which is equivalent to 4.3 percent of the country's GDP, at the initial stage of the general holidays to minimize the impacts COVID-19 pandemic on business, employment, and productivity.

A total of 18 economic sectors, including export-oriented industries; small, medium, and cottage industries, agriculture, fish farming, poultry, and livestock were brought under these incentive packages.