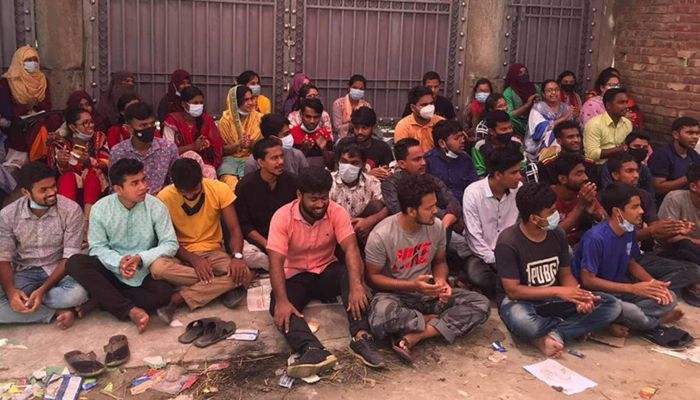 ﻿Students of Rabindra University (RU) have withdrawn their protest program and lifted the blockade after Education Minister Dr Dipu Moni assured them over the phone. They are staying in the academic building even though the blocked administrative building has been opened.

They lifted the blockade from the administrative building around 11 am on Saturday (October 2).

Despite lifting the blockade after receiving assurances of justice from the education minister, the students said they would hold a peaceful sit-in during office hours.

Shamim Hossain, a spokesman for the students' movement, said the minister had spoken to him. We have moved away from the strict program in the light of her assurance. However, the movement will continue until Farhana Yasmin Baten, former chairman of the Department of Cultural Heritage and Bangladesh Studies, is permanently sacked.