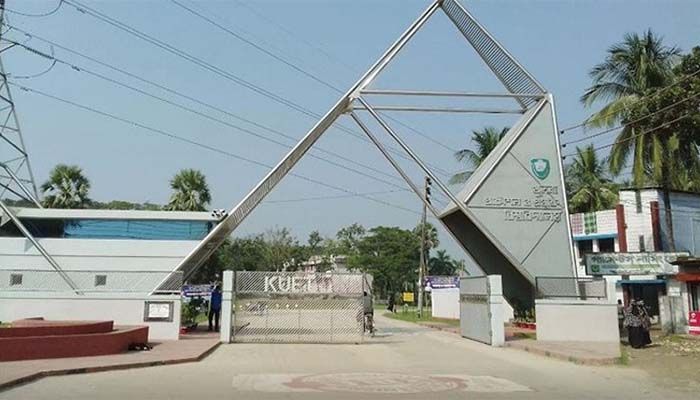 ﻿Authorities of Khulna University of Engineering and Technology (KUET) has formed a five-member probe committee over the unnatural death of Professor Dr Md Selim Hossain of its Electrical and Electronic Engineering (EEE) Department.

The decision was made on Friday at the 76th syndicate meeting at the KUET campus with Vice-Chancellor (VC) Prof Dr Kazi Sazzad Hossain in the chair.

The syndicate form the new five members probe body comprising of teachers and members of both local administration and law enforcement agencies after cancelling the previous three members probe committee.

The committee has been asked to submit a probe report with a recommendation to the VC within 10 days over the unnatural death of Prof Dr Md Selim, according to the release.

The report must be pointed out the name of criminals who compel forcibly to meet their illegal demand including the managerial charge of Lalon Shah Dormitory, other circumstances during manhandling of Prof Dr Selim.

Earlier, KUET authorities closed all activities until December 13 and asked to vacant all dormitories by Friday (yesterday) afternoon following the death of KUET teacher.

On November 30, Prof Dr Md Selim died of cardiac arrest in his residence after completion of his duty at the KUET.