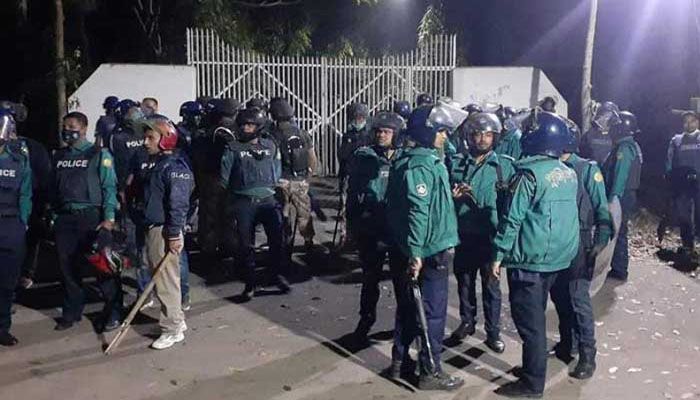 The protesting students threatened to declare the VC persona non-grata on the campus and said they will not leave the residential halls if their demands are not met.

Hundreds of students gathered inside the university and brought out a procession at around 8 am protesting the authorities decision to shut the university for an indefinite period.

Additional police were deployed on the campus to avert the untoward situations.

Protesting halting the classes and examinations and administration's order to leave halls, the students also staged demonstration at early hours. They also hold a small rally at Muktamancha where they announced that they will not leave the campus until their demands are met.

Around 200 students of the university took position in front of the main gate of the SUST around 7 pm to protest police attack on the protesters.

Former students of Shahjalal University of Science and Technology in Dhaka are scheduled to hold protest movement in front of Raju Sculpture of Dhaka University at 6 pm today.