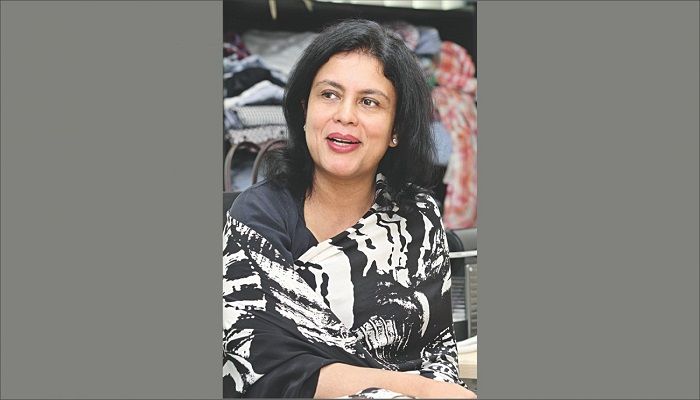 “Most of them were small and medium enterprises and they failed to maintain compliance strictly and pay their workers under the new wage structure,” the leader of the Bangladesh Garment Manufacturers and Exporters Association said on Thursday.

Rubana shared the information with a group of journalists at her office in Dhaka while shedding light on the present situation of the garment sector.

Bangladesh’s apparel export has declined in recent months whereas its competitors have seen a rise in the field, she said.

In the first quarter of the current fiscal year, garment export from Bangladesh dropped 1.64 percent year-on-year to $8.05 billion when earnings from the sector fell 11.52 percent short of the quarter’s target of $9.10 billion.

On the other hand, garment shipment from Vietnam increased by 10.54 percent between July and September. It was 2.2 percent for India and 4.74 percent for Pakistan.

“The inflow of investment in the garment sector is also slow both in terms of new entrepreneurship and expansion as the buyers are not paying good prices,” Rubana said.

Buyers are now trying to cash in on the presence of an unhealthy price competition among the local garment makers and less production of value-added items in Bangladesh, she said.

“We think the sector will continue to show negative growth in the coming months. At the end of this fiscal year, we may lose our second position to Vietnam in the global apparel market, if we cannot turn around soon from this declining trend.”

Currently, Bangladesh’s share in the global garment market is 6.40 percent and Vietnam’s 6.2 percent, according to the latest report of the World Trade Organization (WTO).

Poor product diversification, rising online businesses, closure of retail outlets in the western world, and a 1.2 percent fall in global apparel consumption as predicted by the WTO are mainly responsible for the declining trend in Bangladesh, Rubana said.

For instance, the value of per piece knitted cotton t-shirt—the top selling item of last year—fell by 26.84 percent and the quantity by 24 percent, according to the BGMEA’s analysis released in the third week of October.

At the same time, the prices of non-cotton knitted items rose 10.2 percent, but Bangladesh does not produce much in this category.

“So, Bangladesh needs to diversify its products to become more competitive in the global fashion market,” Rubana said.

Moreover, Bangladesh is more dependent on cotton fibre whereas the demand for the garment items made from the manmade fibre is increasing worldwide. The BGMEA chief said small and medium-sized factories are getting closed due to a lack of assistance from banks. They are not considered to be viable clients by banks because of low competitiveness.

The BGMEA’s analysis showed that garment export declined 17.68 percent year-on-year to $572 million in the first quarter while prices increased only by 2.54 percent.

On the US-China trade war, Rubana said Bangladesh is yet to benefit from the global dispute, while others are using it on the back of their diversified products.

On the other hand, Bangladesh is losing its basic garment business and Vietnam, Myanmar, and Ethiopia are getting those work orders now.

For example, Myanmar exports nearly $5 billion worth of garment items every year and it has a target to export $10 billion worth of products by 2024. “Even a decade ago, it was below $500 million a year,” she said.

Rubana said they have already submitted a set of proposals with the Bangladesh Bank for the revival of the garment sector.

The BGMEA demanded the US dollar be devalued by Tk 2, implementation of which will cost the government nearly Tk 1,850 crore.

It also called for 1 percent incentive on exports with immediate effect, retrospective effect of 0.25 percent source tax from July, doubling the loan rescheduling period for the existing 133 sick garment factories, and fund allocation for modernisation and tech upgrade of factories.

The association will soon meet with the government high-ups to place its demands, Rubana said.