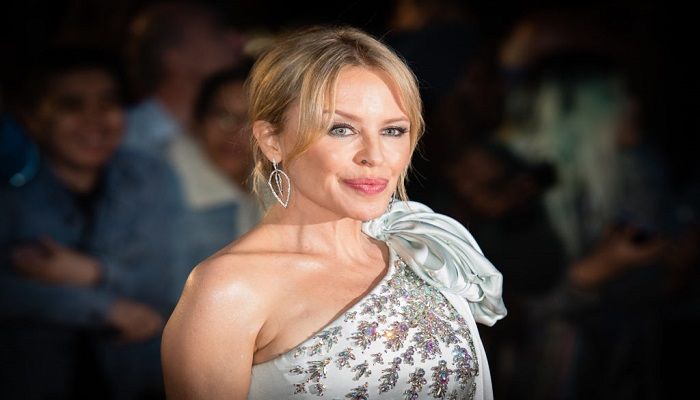 An average audience of 3.2m people tuned in to see her play the festival's "legend slot", beating previous highs set by Ed Sheeran and Adele.

Viewership peaked at 3.9m during the closing minutes of Kylie's set, as she played Dancing and Spinning Around.

The emotional show came 14 years after a cancer diagnosis forced the star to pull out of a planned headline slot.

"In 2005, I was meant to be here," she reminded fans from the stage. "Circumstances meant that I did not make it."

As the crowd chanted her name in support, the star blinked back tears and had to compose herself before continuing.

"I wished things were different - but life is what it is," she said. "We're all here in this moment."

The set was broadcast on BBC One later that day, and new figures from the BBC reveal it was viewers' most-popular Glastonbury performance to date.

The previous record-holder was Ed Sheeran, whose headline slot on BBC Two attracted an average audience of 3.1m in 2017.

A year earlier, the program featuring Adele's Pyramid Stage performance was watched by 2m people, rising to 3.7m during her set.

This year's Glastonbury saw a significant shift in viewership, with audiences increasingly choosing to catch up with performances online.

The total number of online requests, including YouTube views, iPlayer requests and live streams, reached 37.5m - an increase of 86% from 2017 (Glastonbury took a year off in 2018).

However, TV viewership was down - from 23m in 2017 to 21.1m this year; although that figure is still the second-highest on record.