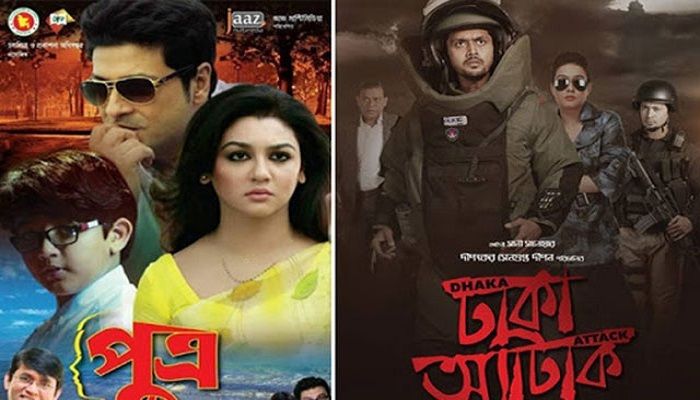 ﻿The government has announced the winners of the National Film Awards for the last two years.

'Dhaka Attack' - an action thriller on the terrorist attack in Gulshan - won the best film award for 2017 while 'Putro', which explores the social stigma surrounding autism, won the award for 2018.

Shakib Khan was recognized for his performance in 'Satta' as he shared the best actor award for 2017 with 'Dhaka Attack' star Arifin Shuvo.

And Nusrat Imrose Tisha was adjudged the best actress in 2017 for her role in 'Halda' while Jaya Ahsan won the 2018 prize for 'Debi'.

The award for best actor in 2018 went jointly to Ferdous for 'Putro' and Symon Sadik for 'Jannat'.

"This is my greatest achievement in life," said Symon.