Pori Moni's New Message for Whom? 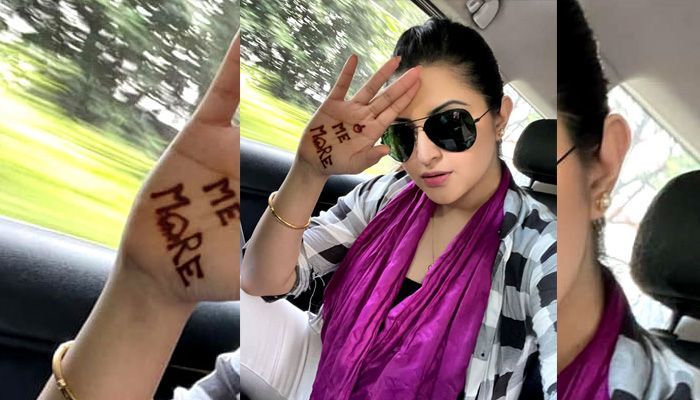 ﻿﻿Popular film actress Pori Moni was released on bail on September 1. She went out that day and waved her hand and rejoiced. At that time, a message written in henna in her hand caught everyone's eye. It read, 'Don't Love Me Bitch'. Pori Moni later said that she had given the message to those who had treated her badly, who were not by her side in the bad times. Meanwhile, Pori Moni went to court on Wednesday (September 15) to appear. At 11:55 am, she appeared in the court of Dhaka Metropolitan Magistrate Satyabrata Sikder. As soon as she came to the court premises, she greeted the fans by waving her hands. This time a message written in henna color was seen in her hand. But this time she has indicated differently. It says '…. me more'. It is not yet known to whom Pori Moni gave this special message and why. However, it can be assumed that her message is for her aspersers. Earlier, Rapid Action Battalion (RAB) arrested Pori Moni from her house in Banani on August 4. A case was then filed against her under the Narcotics Control Act. In that case, she has been imprisoned in the police station and jail for about a month.