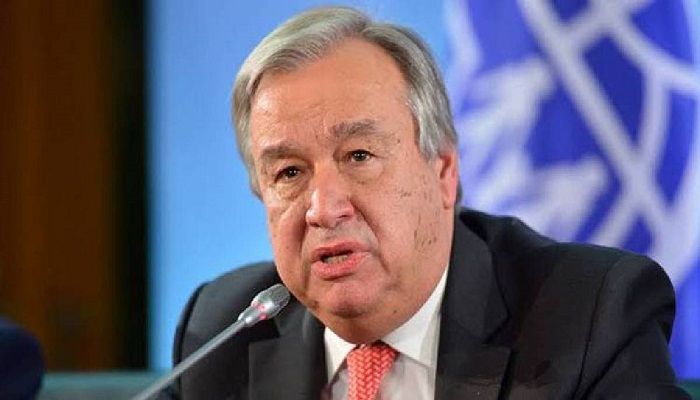 ﻿UN Secretary-General Antonio Guterres on Tuesday lauded the counter-terrorism partnership between the world body and the Shanghai Cooperation Organization- SCO.

At an event on the UN-SCO cooperation on peace, security and stability, Guterres praised the  role of the organization in regional diplomacy, promoting multilateralism and fostering cooperation to address the most pressing peace and security issues in Eurasia.

The event, co-organized by the Russian UN mission and the SCO,  was dedicated to the topic of the linkages between terrorism and organized crime and financing terrorist activities through drug trafficking.

Guterres noted that in the "increasingly complex global peace and security environment," improving understanding of the nexus between terrorism, transnational organized crime and drug trafficking is essential, so this meeting has a particularly relevant meaning at the present time."

He outlined that these interconnected issues are important to stability and security of the member states of the SCO, and the UN agencies are natural partners in tackling them.

The SCO is an intergovernmental international organization which was created in June 2001 in Shanghai, China, by Kazakhstan, China, Kyrgyzstan, Russia, Tajikistan, and Uzbekistan.

The SCO has eight member states, including the founding six nations as well as India and Pakistan.

Recalling partnership with the regional group, Guterres said the UN Secretariat is strengthening its institutional links with the SCO.

The UN Office of Counter-Terrorism and other UN entities are developing cooperation frameworks with the SCO and its Regional Anti-Terrorism Structure, he added.

"I am particularly proud of our engagement with SCO on the United Nations Joint Plan of Action for the Implementation of the Global Counter-Terrorism Strategy in Central Asia - the first regional initiative of its kind," said the secretary-general.

He expressed anticipation for further active engagement and close cooperation of the SCO with the UN Office on Drugs and Crime and the UN Regional Centre for Preventive Diplomacy for Central Asia.

In addition, Guterres maintained addressing terrorism and its links with transnational crime and drug trafficking takes many forms, and while security measures are vital, they are just one part of the solution.

In this regard, he said, the UN system is working with SCO countries to support holistic efforts to prevent and counter terrorism by dealing with root causes.

"I am confident that in joining our efforts, the United Nations and the Shanghai Cooperation Organization can make a positive contribution to the lives of people in Eurasia, strengthening regional cooperation at all levels," he said.