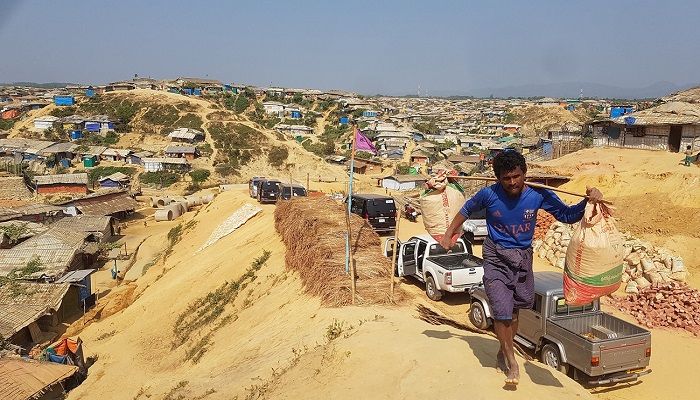 ''The Judges accepted that there is a reasonable basis to believe that they may have a state policy to attack the Rohingya population,'' she said in a statement on Friday.

The statement came following the approval of ICC to commence an investigation into crimes committed against the Rohingyas.

As per the Judges observation, the prosecutor said ''there are many sources indicate that several Myanmar government forces and other state agents, along with members of the Myanmar armed forces, jointly with other Myanmar security forces and with some participation of local civilians, may have committed these crimes against humanity.''

''These coercive acts could qualify as the crimes against humanity of deportation and persecution on grounds of ethnicity and/or religion against the Rohingya population,'' the prosecutor said referring to what ICC judges accepted to give the authorization.

She said the Judges authorized the investigation with broad parameters and termed it as a significant development against atrocity in Myanmar.

On Nov 14, the ICC Judges of Pre-Trial Chamber III authorized the prosecutor office to commence an investigation into the ''Situation in Bangladesh/Myanmar''.

Mentioning that Myanmar is not a State Party of the ICC, but Bangladesh is, the prosecutor welcomed the Chamber’s conclusion that the alleged deportation of civilians across the Myanmar-Bangladesh border clearly establishes a territorial link.

''The Court may exercise jurisdiction over crimes when part of the criminal conduct takes place on the territory of a State Party,'' she said.

The prosecutor said her investigation will seek to uncover the truth and focus its efforts on ensuring the pursuit and success of its independent and impartial investigation.

She also noted that the Chamber saw no reason to disagree with her assessment that there are no substantial reasons to believe that an investigation into the situation would not be in the interests of justice.

''we aim to bring justice to victims and affected communities, and count on the full support and cooperation of States Parties, civil society, and other partners,'' she said.

On July 4, the prosecutor sought authorization to investigate the situation in Bangladesh/Myanmar in the period since 9 October 2016.

The Office of the Prosecutor of the ICC conducts independent and impartial preliminary examinations, investigations and prosecutions of the crime of genocide, crimes against humanity, war crimes and the crime of aggression.

The Office is also currently conducting preliminary examinations relating to the situations in Colombia, Guinea, Iraq, Palestine, the Philippines, Nigeria, Ukraine, and Venezuela.

Bangladesh is hosting over 1.1 million forcefully displaced Rohingyas in Cox’s Bazar district and most of them arrived there since August 25, 2017 after a military crackdown by Myanmar, which the UN called a ''textbook example of ethnic cleansing'' and ''genocide'' by other rights groups.