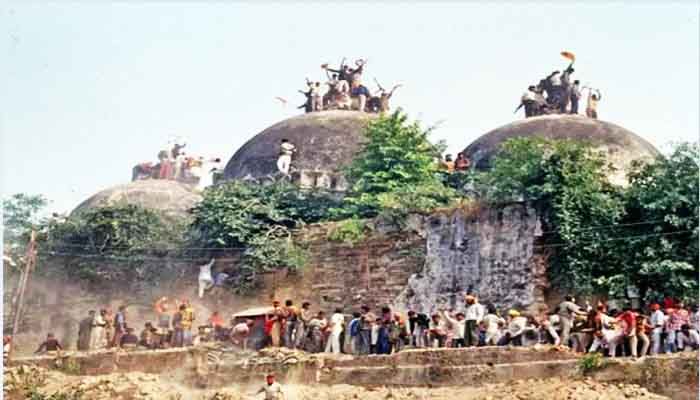 The date for judgment in the Ayodhya criminal conspiracy case was set on Wednesday by Surendra Kumar Yadav, judge, special CBI court, Lucknow. Earlier this month, the court completed all proceedings in the case by recording statements of all 32 accused.

Lawyer KK Mishra, who is representing 25 out of the 32 accused in the case, including senior BJP leaders LK Advani, Murli Manohar Joshi, Kalyan Singh, Uma Bharti, confirmed the date set by the court for delivering the verdict.

The expected date of judgment is also in line with the one-month extension granted by the Supreme Court, instructing the special CBI court to wind up the case by September 30. The earlier deadline for judgment had expired on August 31.

The sensitive case involving senior politicians of the BJP has dragged on for a long time despite several deadlines for its completion set by the Supreme Court.

Last year in July, the SC had extended the deadline for completion of a criminal trial in the Ayodhya case by six months and given a total of nine months for delivering the final order. The deadline expired on April 19 this year and another extension till August 31 was granted by the apex court.

On April 19, 2017, the Supreme Court had ordered the special judge to conduct a day-to-day trial, concluding it in two years.

It also called the demolition of the disputed structure a crime, which shook the ''secular fabric of the Constitution'', and allowed the CBI plea for restoration of criminal conspiracy charges against the VIP accused.

The SC had termed the Allahabad high court's February 12, 2001 verdict dropping conspiracy charge against Advani and others as ''erroneous''.

Before the 2017 verdict of the apex court, there were two sets of cases relating to the demolition, going on in Lucknow and Rae Bareli.

The first case allegedly involving unnamed ''kar sevaks'' proceeded in a Lucknow court and the second set of cases relating to eight VIPs was being heard in a Rae Bareli court.

In April 2017, the Supreme Court transferred the Rae Bareli case to the Special CBI court in Lucknow.

The accused in the Babri Masjid demolition case