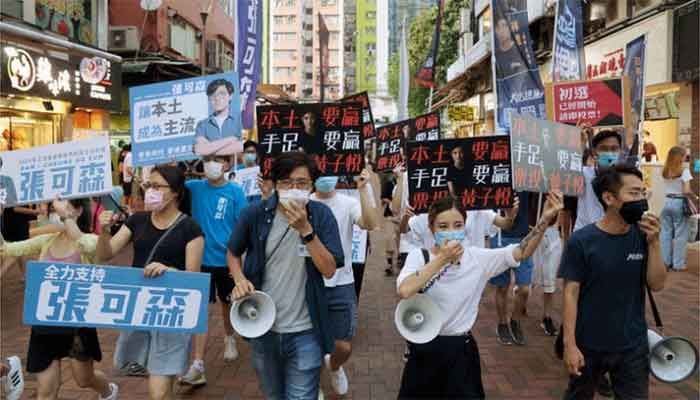 More than 50 pro-democratic activists in Hong Kong were arrested on Wednesday for breaking the city's controversial national security law, local media reported, in the biggest crackdown against the democratic opposition under the new law.

Police did not immediately respond to requests for comment.

The Facebook page of the Democratic Party said police detained activists last year for participating in an independently organized ballot to pick democratic candidates for the upcoming parliamentary election, which the Hong Kong government and Beijing warned may breach the new law at the time.

The attempt to win a majority in the 70-seat city legislature, which some candidates said could be used to block government proposals and increase pressure for democratic reforms, was seen as an "act of subversion, in violation of the national security law", the party said.

The full election for the legislative council has since been postponed, with the government citing the coronavirus.

The security law was imposed by Beijing on the former British colony in June.

It punishes what China narrowly describes as secession, subversion, terrorism and collaboration with foreign powers with up to life in prison and has been condemned in the semi-autonomous, Chinese-ruled city by the West and human rights organizations as a weapon to crush dissent.

Authorities in Hong Kong and Beijing say it is vital to plug gaping holes in national security defences exposed by months of sometimes violent anti-government and anti-China protests that rocked the global financial hub in 2019.