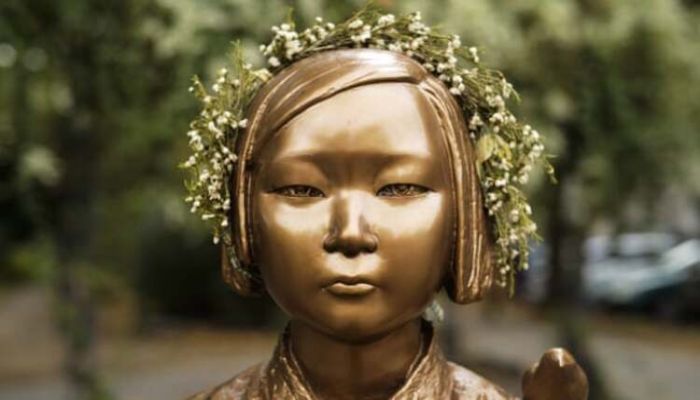 Japan has denounced the South Korean court's decision to pay damages before and after the Second World War to women who were sexually enslaved by the Japanese army, The Guardian reports.

The Seoul central district court on Friday said Japan was liable to compensate 12 women who forced to work as so-called “comfort women”, in a ruling that is expected to inflict further damage on the countries’ already fraught ties.

Some historians say that as many as 200,000 women – mostly Koreans, but also Chinese, South-East Asians, and a small number of Japanese and Europeans – were forced or cheated to work in military brothel between 1932 and Japan's defeat in 1945.

While some survivors of wartime sexual slavery have accepted the Japanese government's "humanitarian" payments, many others have called for formal compensation and formal apology.

Legal experts say Japan is unlikely to abide by the court decision. A women's support group said that if Japan refuses to pay the women, it could take legal action to freeze Japanese government assets in South Korea.

Japan insists that all claims for compensation had been settled when the countries normalised diplomatic ties in 1965, adding that the issue had been resolved "finally and irreversibly" by an agreement of 2015 that had since been scrapped by Seoul.

The court ruled that each of the 12 women were entitled to 100 million won ($91,000), adding that said the bilateral agreements cited by Japan did not impact the plaintiffs’ right to seek compensation.

“It was a crime against humanity that was systematically, deliberately and extensively committed by Japan in breach of international norms,” Justice Kim Jeong-gon said.

The court said the women were the victims of sexual abuse by Japanese troops that caused bodily harm, venereal disease and unwanted pregnancies, and inflicted “big mental scars”.

“Even if it was a country’s sovereign act, state immunity cannot be applied as it was committed against our citizens on the Korean peninsula, which was illegally occupied by Japan.”

Japan, which boycotted the court proceedings, has maintained that sovereign immunity – a principle under international law that grants states immunity from the jurisdiction of foreign courts – applied in the case.

Nam said he would strive to prevent the ruling from having an “undesirable impact” on bilateral. “I emphasised that it was most important for both sides to respond in a calm, restrained manner in order to resolve the issue,” he told reporters after meeting Japan’s vice foreign minister.

Since survivors first went public more than 30 years ago, time is running out for Japan and South Korea to address a crisis that has blighted bilateral relations. Just 16 registered Korean survivors are still alive, and since the suit was filed in 2013, seven of the 12 plaintiffs have died. They are being served by members of the family now.

The countries – both US allies with strong trade and people-to-people ties – are also on the verge of rewarding wartime workers who were forced to work in Japanese mines and factories during their colonial rule in 1910-45, and competing claims to the Takeshima/Dokdo Islands.

In late 2015, the countries said they had “finally and irreversibly” resolved the comfort women issue when Japan agreed to contribute ¥1bn to a foundation to support survivors and their families, while the then prime minister, Shinzo Abe, offered his “most sincere apologies”.

But in 2018, the president of South Korea, Moon Jae-in, effectively overturned the settlement that did not represent the wishes of surviving women or the strength of feeling among the South Korean people, accepted under his predecessor.

The Seoul court is expected next week to decide on a related case brought by another 20 women and their families against Japan.