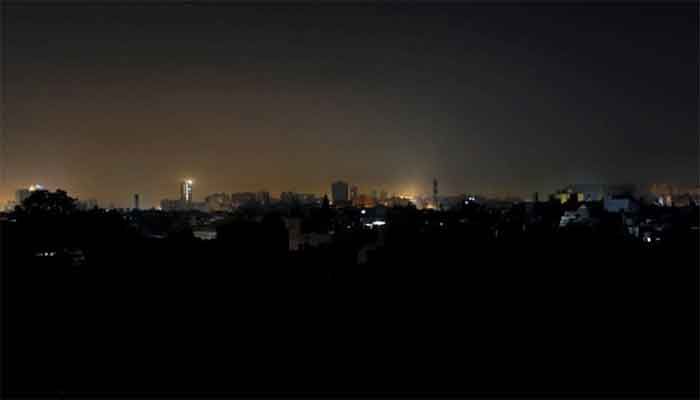 ﻿Electricity is gradually being restored in some areas of Pakistan as a result of major power cuts across the region, with every city reporting outages.

Homes across the country were abruptly plunged into darkness about midnight.

Officials called for calm but warned that it could take several hours before electricity is completely restored.

Power cuts are not uncommon in Pakistan. Essential facilities such as hospitals often use diesel-fuelled generators as a back-up power supply.

"A countrywide blackout has been caused by a sudden plunge in the frequency in the power transmission system," Pakistan's Power Minister, Omar Ayub Khan, wrote on Twitter in the early hours of Sunday.

Major cities, including Islamabad, Lahore and Karachi, were among those affected.

Khan later said that power had been restored in some regions, including the state of Gujarat and the town of Peshawar.

He added that an investigation was underway to identify the cause of the blackout.

Blackouts sometimes occur in Pakistan due to chronic power shortages, with many areas without electricity for a few hours a day. The issue has led to street protests in the past.

In 2013, Pakistan's electricity network broke down completely after a power plant in south-western Balochistan province developed a technical fault.