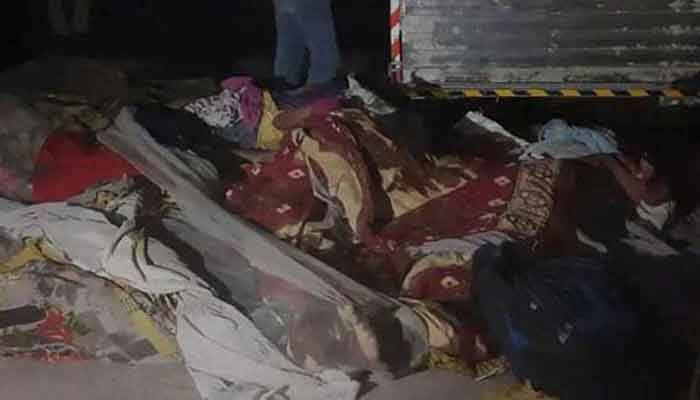 This morning, in a tragic incident near Gujarat's Surat in India, 15 migrant workers, sleeping near the road, were crushed to death by a truck.

The incident occurred early this morning near the village of Kosamba, about 60 km from Surat, the police said. On the Kim-Mandvi road, a dumper truck ran over sleeping laborers, killing 12 on the spot, reports PTI.

Some wounded workers have been taken to a hospital nearby. During surgery, three of the eight wounded died, raising the total deaths to 15, the police said.

After hitting the sugarcane hanging out of the tractor trolley coming from the opposite direction, the truck driver apparently lost control of the vehicle.

"The truck's front window pane shattered on impact, which blocked the driver''s vision. The truck then veered off the road and crashed into the sleeping labourer," Surat SP Usha Rada told news agency PTI. The driver has been detained, PTI reported.

All the victims were from Banswada in Rajasthan.

Prime Minister Narendra Modi expressed grief at the incident and his office tweeted: "The loss of lives due to a truck accident in Surat is tragic. My thoughts are with the bereaved families. Praying that the injured recover at the earliest."

PM Modi also announced a compensation of ₹ 2 lakh for the families of the victims and ₹ 50,000 for each injured labourer.