Trump’s Farewell: We Did What We Came To Do 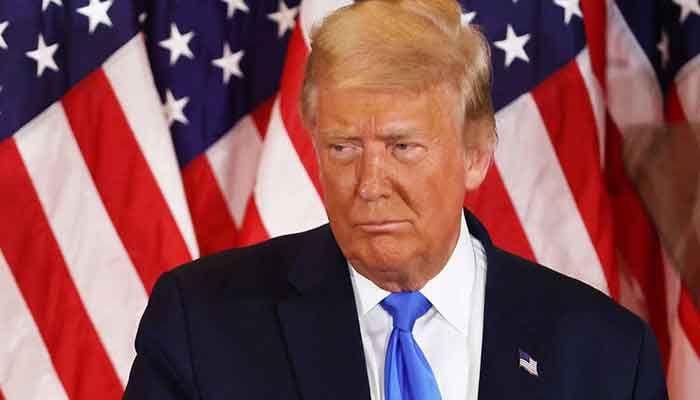 US President Donald Trump has made his farewell address before leaving office, saying: "We did what we came to do - and so much more."

In a video posted on YouTube, he said he took on "the tough battles, the hardest fights... because that's what you elected me to do".

Mr Trump has still not fully accepted the result of last November's election, which he lost to Democrat Joe Biden, reports BBC.

Mr Biden will be sworn in as president on Wednesday.

The aftermath from the deadly riot on Capitol Hill, when a mob of his supporters invaded Congress, trying to reverse the election outcome, has dominated the last two weeks of Mr Trump's tenure.

"Political violence is an attack on everything we cherish as Americans. It can never be tolerated," Mr Trump said in his video, in which he did not acknowledge his successor by name.

What else did Trump say?

Mr. Trump himself has been impeached over the assault for "incitement of insurrection" and will face prosecution in the Senate after he leaves office. He may be barred from running for public office if convicted.

He is the first president to be impeached twice in US history. At his first trial, he was acquitted by the majority of his own Republican Party on charges linked to dealing with Ukraine.

The politically motivated violence has overshadowed the growing toll from the coronavirus pandemic, in which more than 400,000 Americans have died and 24 million have been infected.

In his message, Mr Trump said his administration built "the greatest economy in the history of the world".

With the tech-heavy Nasdaq index up 42 percent in 2020, and the larger S&P 500 up 15 percent, US financial markets have rebounded from the coronavirus pandemic.

The rest of the country, however, is facing more of a challenge. In December, employers cut jobs, snapping a series of work gains. In recent months, retail prices have fallen, although jobless claims are growing.

"Our agenda was not about right or left, it wasn't about Republican or Democrat, but about the good of a nation, and that means the whole nation," Mr Trump said.

He leaves office with an approval rating of 34%, a record low for a departing president.

How is Biden preparing for office?

On Tuesday, Mr Biden and his wife, Jill Biden, left their home state of Delaware to return to Washington, where the new president spent 36 years as a senator before becoming Barack Obama's vice president from 2008 to 2016.

"When I die, Delaware will be written on my heart," he said in an emotional farewell speech.

This will be an inauguration like no other: Washington is under heavy security after the Capitol riots, with thousands of reserve soldiers from the National Guard deployed and metal fences around the White House.

Only a limited number of people will be allowed on to the National Mall to witness his swearing in, in contrast to the hundreds of thousands who usually attend.

Among those staying away will be Mr Trump. He flies to Florida on Wednesday morning - the first president to skip his successor's inauguration since Andrew Johnson in 1869.