Aukus: UK, US and Australia Launch Pact to Counter China 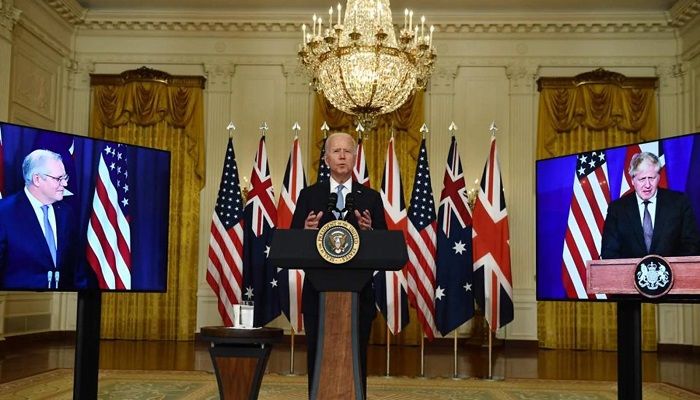 ﻿The UK, US and Australia have announced a historic security pact in the Indo-Pacific, in what's seen as an effort to counter China.

It will let Australia build nuclear-powered submarines for the first time, using technology provided by the US.

The pact, to be known as Aukus, will also cover artificial intelligence, cyber and quantum technologies.

It is the biggest defence partnership among the countries in decades, analysts say.

In recent years, the Western democracies have all expressed concerns about China's growing military assertiveness in the Indo-Pacific.

The new partnership aimed to "promote security and prosperity" in the region, said a joint statement by US President Joe Biden, UK Prime Minister Boris Johnson and his Australian counterpart Scott Morrison.

China's embassy in Washington reacted by accusing the countries of a "Cold War mentality and ideological prejudice".