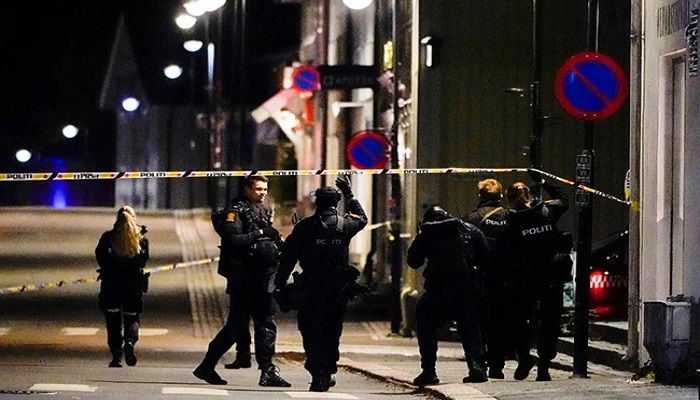 A man armed with a bow and arrows killed five people and wounded two others in southeastern Norway on Wednesday, police said, adding that they had arrested the suspect.

The motive for the attack, which took place in several locations in the town centre of Kongsberg, was unknown but police said terrorism could not yet be ruled out.

Police official Oyvind Aas confirmed that five people were killed. The two wounded were in critical care units in hospital but their lives did not appear to be in danger, he told a news conference.

One of the wounded was an off-duty police officer who had been in a store, one of several places attacked.

"The man who committed this act has been arrested by the police and, according to our information, there is only one person involved," Aas said. He added that "given how events unfolded, it is natural to assess whether this is a terrorist attack", and stressed that "all possibilities were open".

Police have identified the suspect only as a 37-year-old Danish citizen living in Kongsberg, countering earlier television reports alleging the attacker was a Norwegian man.

"We decided to confirm this information because many rumours were circulating on social networks about the perpetrator of the attack, some [implicating] people who have no connection with these serious acts," said a police statement issued Wednesday night.