IAEA Chief Reports 'No Progress' in Talks with Iran 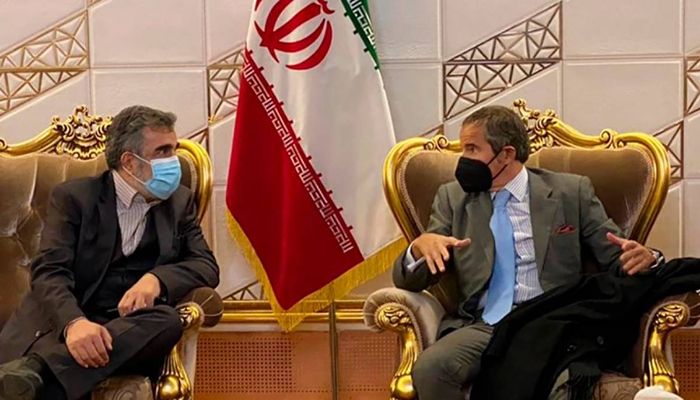 ﻿The UN nuclear watchdog's head said Wednesday there had been "no progress" in talks with Iran to resolve disputes over the monitoring of the country's atomic program, a day after returning from Tehran.

Rafael Grossi, director-general of the International Atomic Energy Agency (IAEA), told a quarterly meeting of the agency's board that his talks in Tehran were "inconclusive", despite being "constructive", reports AFP.

Grossi had sought to tackle constraints put on IAEA inspections earlier this year, outstanding questions over the presence of undeclared nuclear material at sites in Iran, and the treatment of IAEA staff in the country.

"In terms of the substance... we were not able to make progress," Grossi told reporters, saying that the lack of agreement had come "in spite of my best efforts".

Among other officials in Tehran, he met Foreign Minister Hossein Amir-Abdollahian.

The talks came ahead of the scheduled resumption on Monday of negotiations between Tehran and world powers aimed at reviving the 2015 deal that gave Iran sanctions relief in return for curbs on its nuclear program.