WHO Rules Out COVID Herd Immunity This Year 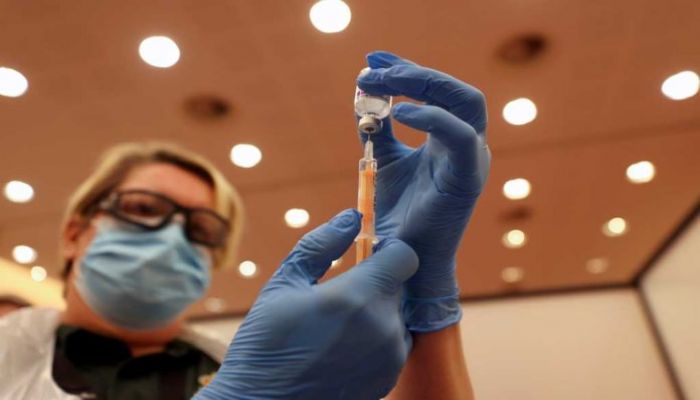 World Health Organization scientists cautioned Monday that this year, mass vaccinations would not offer herd immunity to the coronavirus, even as one leading producer improved its production outlook.

In the meantime, England opened the first of its mass inoculation sites in major cities, racing to get ahead of a new strain of the disease's rapid spread there, reports AFP.

The pandemic has infected more than 90 million people and the death toll has passed 1.94 million since China confirmed the first death in the central city of Wuhan a year ago.

China has largely brought the virus under control but is tackling a number of local infections.

In Beijing on Monday, more than half a million residents were placed under lockdown as the government enforced stringent measures to root out a handful of incidents.

Nevertheless, infection numbers were increasing across Europe, particularly as Britain coped with a new strain of the disease that could see hospitals overwhelmed.

Russia reported the first case of the latest UK strain of coronavirus on Sunday, which scientists fear is considerably more infectious.

The virus has also exploded in the United States, the hardest-hit region, where US President-elect Joe Biden received his second dose of the vaccine publicly.

German company BioNTech said it could produce millions more doses of its coronavirus doses than originally expected this year, boosting production forecast from 1.3 to two billion.

The announcement by BioNTech, which partnered with US firm Pfizer to produce the first vaccine approved in the West, was a boost to countries struggling to deliver the jabs.

But the company also warned that Covid-19 would “likely become an endemic disease”, and said vaccines would need to fight against the emergence of new viral variants and a “naturally waning immune response”.

Later Monday, the WHO’s chief scientist Soumya Swaminathan warned it would take time to produce and administer enough vaccine doses to halt the spread of the virus.

“We are not going to achieve any levels of population immunity or herd immunity in 2021,” she said, stressing the need to maintain physical distancing, hand-washing and mask-wearing to rein in the pandemic.

But England’s chief medical officer Chris Whitty told BBC television: “The next few weeks are going to be the worst weeks of this pandemic in terms of numbers into the NHS (National Health Service).”

“What we need to do, before the vaccines have had their effect… is we need to really double down” on observing lockdown measures, he added.

India — with the world’s second-biggest virus caseload — will begin giving shots to its 1.3 billion people from Saturday in a colossal and complex undertaking.

Russian officials said Monday they would trial a one-dose version of the country’s Sputnik V vaccine, part of efforts to provide a stopgap solution for badly hit countries.

South Africa meanwhile shut land borders for a month to counter an unprecedented resurge in cases fuelled by a new virus strain.

Restrictions already in place, such as a ban on alcohol sales and large gatherings, and an overnight curfew, remain.

“We are certainly facing a third wave” of the virus, Costa told journalists.

A team of 10 scientists from the WHO were preparing for a mission to China on Thursday to investigate the origins of the disease.

It will “conduct joint research cooperation on the origins of Covid-19 with Chinese scientists”, Beijing’s National Health Commission said in a statement that provided no further details.

The visit, comes more than a year after the pandemic began amid accusations that Beijing tried to thwart the investigation into the virus.

The United States and Australia have led international calls for an independent inquiry, enraging China.

The anniversary of the first reported death passed by unmarked on Monday in Wuhan, where commuters moved freely to work, and parks and riverside promenades buzzed with visitors.