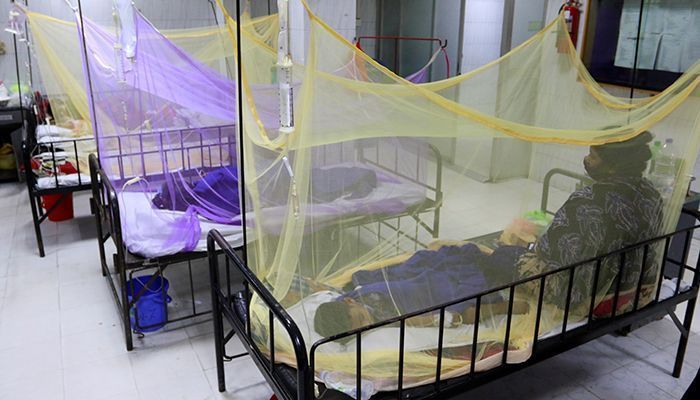 ﻿In the last 24 hours, 343 dengue patients have been admitted to hospitals, the most in a single day since January 2021.

According to a news release from the Health Emergency Operation Centre and Control Room of the Directorate General of Health Services, 286 individuals were hospitalized in Dhaka city and 57 in other parts of Bangladesh in the previous 24 hours ending at 8:00 a.m. on Tuesday.

With these data, the total number of dengue patients admitted to hospitals in Bangladesh since January has risen to 12,434, with 52 individuals dying as a result of the disease.

So far, 48 people have died in the capital, two in the Chattogram division, and one in each of the Rajshahi and Khulna divisions.

According to the DGHS release, 12 died in July, 34 in August, and six in September.

Since January, 11,228 patients have been admitted to hospitals in the capital, accounting for 90.30 percent of those admitted.

In Bangladesh, 2,078 patients were admitted to hospitals in the first seven days of September.

In July, a total of 2,286 hospitalized cases were documented, with a total of 372 for the previous six months from January to June.

A total of 7,698 people were admitted to hospitals across the country in August, showing a rapid increase in dengue infections.

On Tuesday, 1,281 dengue patients were being treated in 41 hospitals around Dhaka, including 1,133 in the capital.

According to the DGHS, 11,101 dengue patients have been discharged from hospitals and returned home.