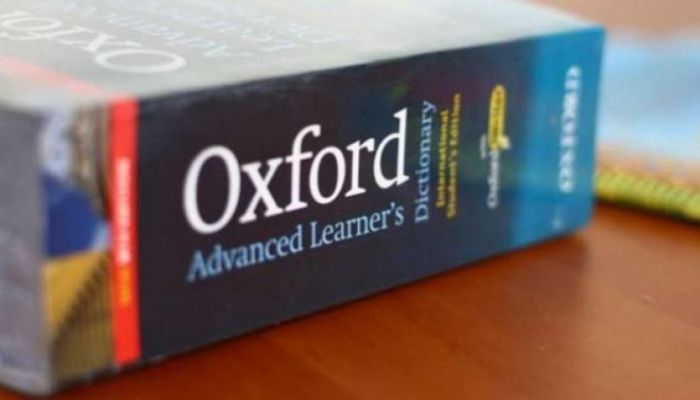 Ask a Nigerian what corrupt politicians are doing with public funds and he or she may say "They chop it." Oxford English Dictionary agrees.

Hailing from Nigeria's streets "to chop" — means making money unlawfully, and "rub minds — associated with "conferencing" are among 29 distinctive facets of Nigerian English to achieve confidence in the August dictionary.

"By taking ownership of English and using it as their own medium of expression, Nigerians have made, and are continuing to make, a unique and distinctive contribution to English as a global language," the dictionary said in notes accompanying its latest update this month.

One of Nigeria's major drivers of cultural influence abroad has been its Afropop music, which now dominates swathes of the home continent of Africa and has influenced the work of artists as big as Drake in overseas.

Getting Nigerian English recognized for inclusion has not been easy, however, according to Nigerian author TJ Benson, who said his favorite of the new Nigerian terms making it into the dictionary was "severally", meaning "repeatedly".

"When it (Nigerian English) is being suppressed or we are being told that there is a better way (of saying something), or this is what is correct and then this is what is not correct, I think it affects us and it also demeans us," he told Reuters.

"I think this (recognition) is empowering for lots of us writers and for everyday people, because at the end of the day it ties back to identity and how we perceive ourselves and how we express ourselves."

Another of the specific Nigerian terms now in the language is "okada," which derives from the massive traffic congestion that Lagos is internationally renowned for as a megacity.

Okada are motorcycle taxis passing between motionless vehicles and called after the extinct airline Okada Air because they are often the only way to "hop" through the region.

But okada are the bane of daily commuters such as baker Dambo Godfrey. "There is no day I go out that I don't see okada in my path," said Godfrey. "It should not be very difficult (now) for me to explain to a white man when he is asking what is an okada - I will say: 'Go and check your English dictionary'."

Godfrey added that the adoption of vocabulary from Nigeria by the Oxford English Dictionary, with the world's largest black population in a single country-was only correct.